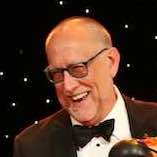 Prior to starting The Hettema Group (THG) in 2002, Phil Hettema worked as the Senior Vice-President of Universal Creative and in managerial positions with Walt Disney Parks & Resorts.

Last November he was announced as the Buzz Price Thea Award winner for 2018, recognising a lifetime of distinguished achievements in the themed attractions industry.

Hettema’s career has seen him credited as a production supervisor of the opening and closing ceremonies of the 1984 Summer Olympics. THG has completed projects for clients around the world including the One World Observatory in New York City, High Roller in Las Vegas, re-imagining of the Jurassic Park ride at Universal Studios Singapore and much more. Phil Hettema also has several patents to his name.