The Grasslands development was approved by councillors at a planning meeting. This is subject to final confirmation that a drainage issue has been resolved.

The centrepiece of the attraction will be a large African savannah, housing various rare and endangered species, including Rothschild’s giraffe, Grevy’s zebra, ostrich and antelope.

There will also be small grassland creatures, including naked mole rats in a specially designed indoor habitat, as well as species like cranes, vultures, aardvarks and warthogs. 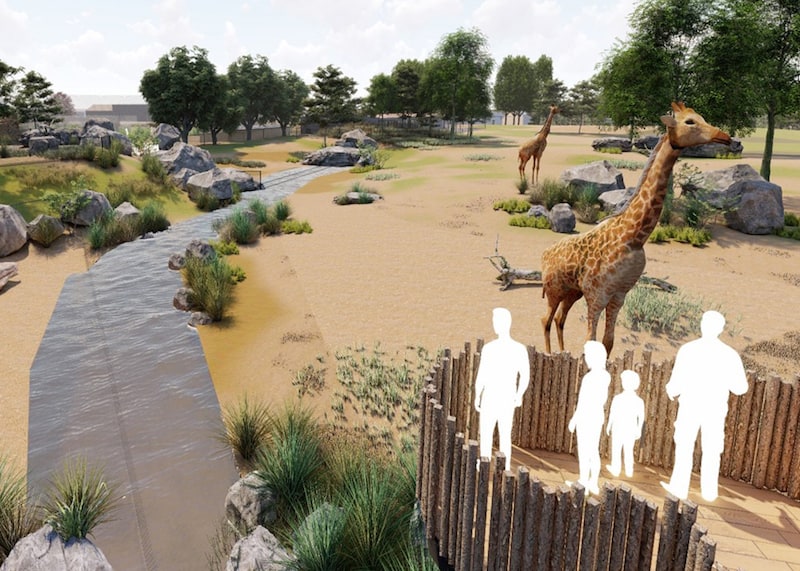 The zoo also plans to build overnight accommodation with 42 rooms, including African-themed lodges and safari-style tents with a view of Grasslands.

There will also be a new restaurant with balcony views across the savannah, and some accommodation will feature decks supported by timber posts in the lake.

“Grasslands will be a phenomenal experience and will cement Chester Zoo’s standing as one of the world’s very best attractions,” said Chester Zoo’s COO, Jamie Christon.

Accommodation to include lodges and safari-style tents “Crucially, it will bring our vital, global conservation work to life for visitors, while boosting the zoo’s charitable income to further help achieve our mission to prevent extinction, here in the UK and around the world.”

Grasslands is the latest phase in Chester Zoo’s strategic development plan, which aims to create natural habitats for endangered species. 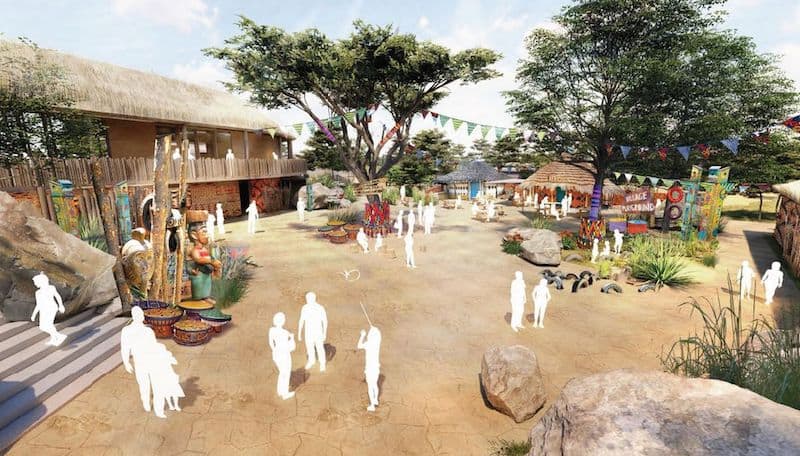