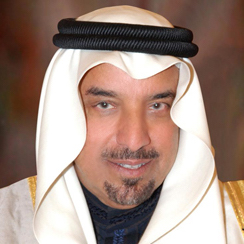 Sheikh Abdulmohsin Abdulaziz Alhokair is a key player in hospitality and entertainment across the Arab world. In 1965 he opened an ‘entertainment city’ in Lebanon before founding the Al Hokair Group in 1978. Today it boasts 64 family entertainment centres (FECs) in Saudi Arabia alone, plus operations in many other Gulf countries.

The Al Hokair Group’s model of shopping mall combined with FEC has been adopted by several other operators in the Middle East. As well as its own Sparky’s, Minopolis and Snowy Forest FEC brands, Al Hokair has partnered with leading international hotel operators including Hilton, IHG and Accor Hotels to assemble one of the largest hotel portfolios across the region.