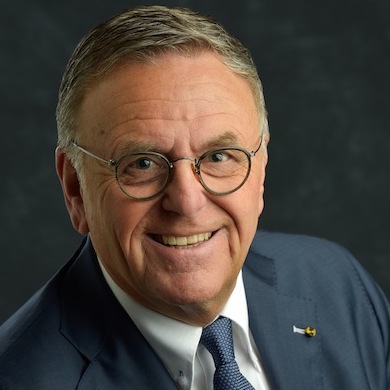 Since co-founding Europa-Park in 1975 with his late father Franz, Roland Mack has developed the property into Europe’s busiest non-Disney theme park. Boasting six hotels, its resort status was due to be consolidated this winter with the opening of the highly-anticipated Rulantica waterpark.

As an IAAPA Hall of Fame inductee and former chairman, Mack’s reputation reaches far beyond his native Germany. The Mack brand features in many of the world’s leading theme parks thanks to the output of Mack Rides. Roland, a qualified engineer, serves as shareholder and former managing director of the family-owned manufacturer.

His park in the state of Baden-Württemberg, close to the border with France and Switzerland, is a model of European unity. It features themed lands celebrating different nations. Fittingly, Mack serves as a special ambassador for families at the Council of Europe. He has also been awarded the German Federal Cross of Merit 1st Class and Chevalier de la Legion d’Honneur, one of the highest honours awarded by the French state.

“I’m really not prepared to retire,” Mack told Blooloop on the occasion of his 70th birthday in October. Yet his three children – Michael, Thomas and Ann-Kathrin – are now involved with different elements of Europa-Park, allowing him to take a more supervisory role in the business.