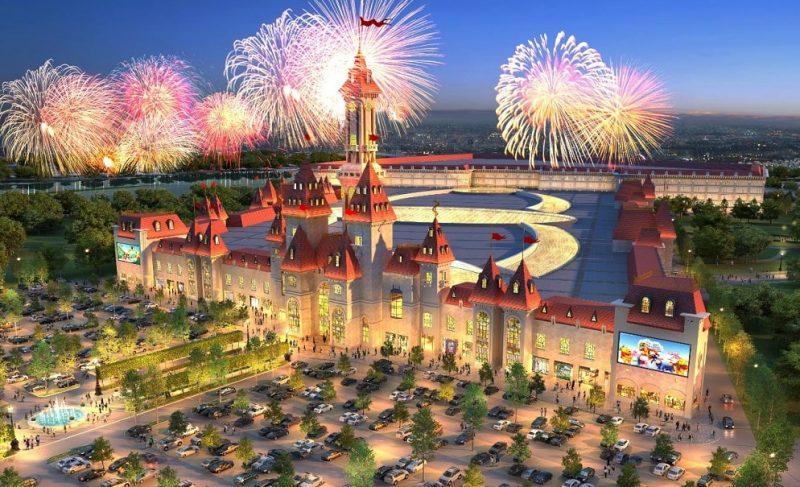 An immersive experience featuring a range of special effects that evokes the spirit of Indiana Jones is set to be one of the flagship attractions at Dream Island theme park in Moscow.

The attraction, named Temple of Fire, is set inside an ancient temple and puts visitors through a number of tests before whisking them away to the depths of a dungeon, according to a translated press release.

“Through the cracks in the walls of the majestic temple, flames of fire are burning, and from the entrance in the form of a huge gaping opening in the wall, the sounds of falling rocks and the mysterious noise from the bowels of the earth are heard,” the release states.

“As soon as the guests get inside, they will be met by the caretakers of the temple who will tell about its history, will warn about ‘dangers’ and will show the entrance.”

Temple of Fire is being designed by Huss Park Attractions and is due to be delivered to Moscow for installation in April. It will feature detailed thematization to immerse visitors in its world. Special effects will include fire and water elements.

The attraction will have several control programmes for different times of day and different age groups, allowing it to provide a calm, medium or extreme experience. It will be suitable for visitors aged 11 and up.

Mirko Schulze, CEO of Huss Park Attractions, said: “Temple of Fire will please fans of the thrill of all ages due to the intense dynamics of the movement. We are sure that the theme of fire and water, embodied with the help of a specially developed system of fountains, will be very popular among visitors to Dream Island.”

Dream Island will be split into themed zones including Smurfs Village, Teenage Mutant Ninja Turtles, Hotel Transylvania, Lost World of Dinosaurs, Snow Queen’s Castle, Racing Cars Land, Princess Castle Land, House of Horror and House of Papa Carlo. Each zone will have its own rides and attractions with 40 different activities in total.

Temple of Fire will be located in the Lost World of Dinosaurs zone, which is described as a jungle filled with ancient ruins, dinosaurs, magical portals, tropical plants and prehistoric flora and fauna. The area imitates the temples of Southeast Asia as well as those of the Mayans in Central America.

The 100-hectare development is being led by Regions Entertainment in partnership with Viacom, Sony and Soyuzmultfilm. It will include the theme park as well as a concert hall, cinema, hotel, restaurants, park, river walk and a yachting school.

Approved by the Moscow government in 2015, Dream Island was originally scheduled to open in 2018 but lack of funding caused delays. Development got back on track at the end of January, when Regions Entertainment was able to secure a $657m loan to fund construction.