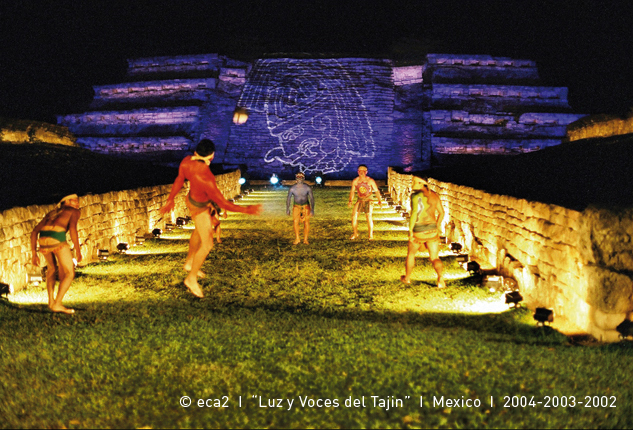 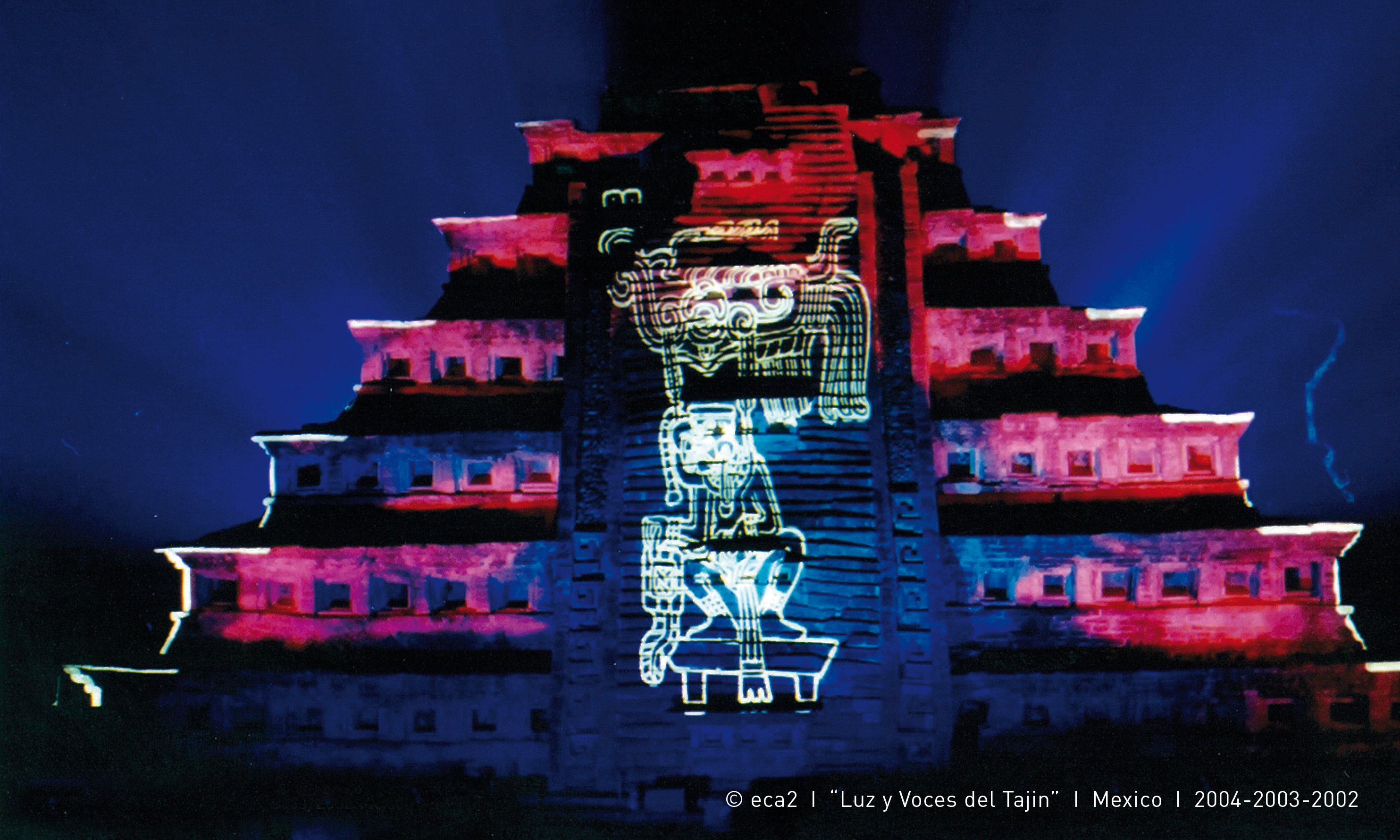 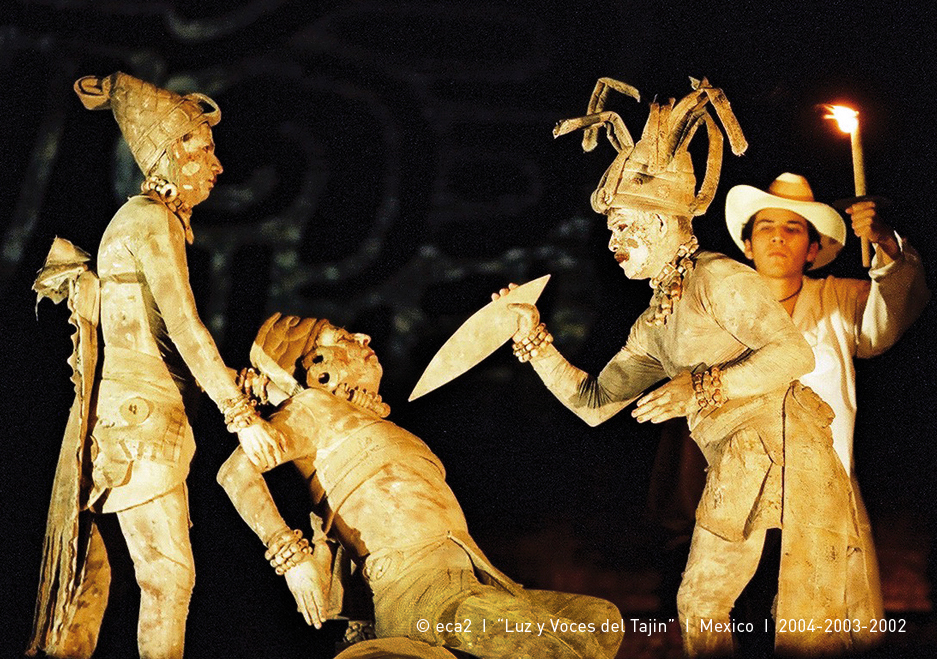 For three consecutive years, ECA2 produced the nighttime sound and light show of El Tajin.  Paying homage to Totonac cultural heritage, the spectacular show was conceived as a 1.2 km long route through the superb vestiges of this archaeological site.

Along the way, visitors could enjoy mesmerizing displays of light and images projected onto the various monuments of the site, such as the famous Niches Pyramid and the ritual “pelota” playing field. Six live multimedia shows were also performed along the route taken by the audience, including reconstructions of an ancient market, a game of pelota and an evocation of the myths and beliefs of the Totonac people, 200 of whom took part in this adventure.