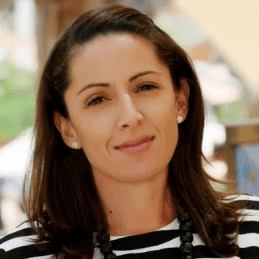 After almost 20 years of running theme parks and attractions in Australia, Bianca Sammut relocated to the United Arab Emirates in 2014 to manage one of the world’s most ambitious waterparks, Yas Waterworld, and later Ferrari World Abu Dhabi. She worked for Farah Experiences for over seven years, rising to the role of general manager at Ferrari World Abu Dhabi & head of Yas Island Theme Parks & Attractions. In 2021 she moved to AAT Kings to work as general manager of operations & experiences.

Before leaving Farah Experiences, Sammut was given responsibility for the wider cluster of theme parks at Yas Island which also includes Warner Bros. World Abu Dhabi. All three, owned by Miral and operated by Farah Experiences, are world-class attractions that have put Abu Dhabi on the international theme park map. Miral’s SeaWorld Abu Dhabi, home to the world’s largest aquarium, is on track to complete in 2022.