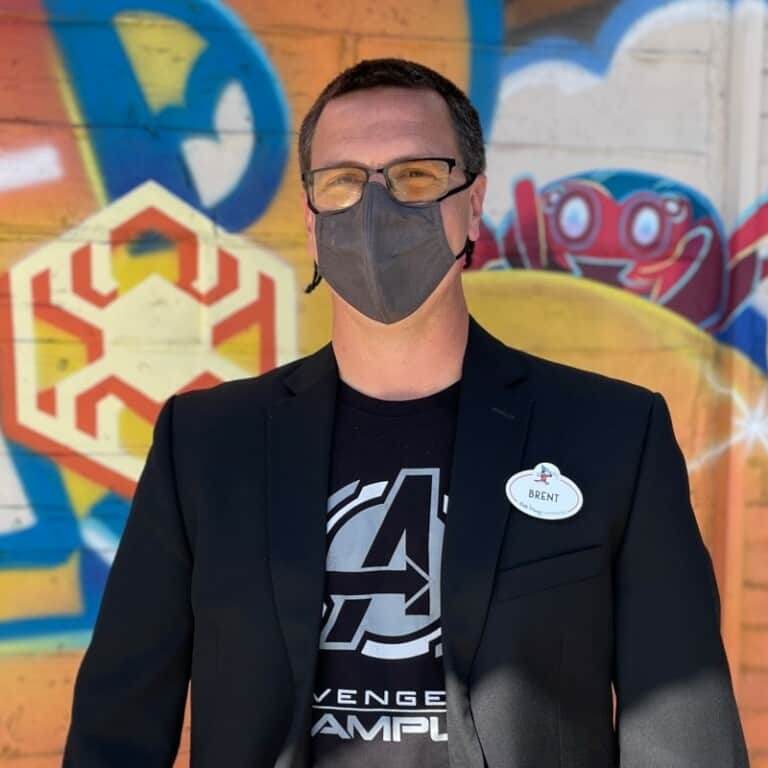 As an executive creative director at Walt Disney Imagineering (WDI), Strong develops new attractions and experiences at Disney theme parks across the globe. He led the team that delivered Avengers Campus, an immersive land devoted to Marvel at Disney California Adventure. Avengers Campus features an animatronic Spider-Man swinging above the land, a Quinjet sitting atop the Avengers Headquarters, and a new ride – Web Slingers: A Spider-Man Adventure.

“We’re going to give you super powers,” Strong said. “There’s not a kid who has read a comic or watched a TV show or watched a movie who hasn’t walked away wishing they could sling webs, and we’re going to make that happen for every single guest.”

“The new technology can render a virtual web coming directly out of your wrist and into that world without touching an interface,” he added. It’s as close to being Spider-Man as you can get, and it’s really cool.”