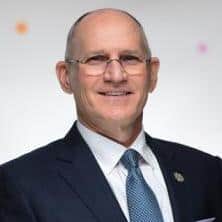 View all congratulations for Michael Reininger 👏1

In the desert outside Riyadh, Michael Reininger was part of the team working to create the world’s largest entertainment city. Along with Neom, the Red Sea Project and Amaala, Qiddiya is one of many attractions and giga-projects as part of Saudi Arabia’s Vision 2030.

A multibillion-dollar entertainment destination and bigger than Walt Disney World, Qiddiya will be home to theme parks, sporting venues, cultural attractions and events. These will include a Six Flags theme park, speed park and Saudi’s first water park.

Built to a masterplan by the Bjarke Ingels Group (BIG), Qiddiya will be surrounded by a 231 square kilometres of natural, undeveloped area. The project’s first phase is due to open in 2023.

What’s remarkable is not only the scope of what’s proposed, but also that Saudi Arabia is building this and the other giga-projects almost from a standstill. Until last year, out-of-home entertainment options in the kingdom were restricted. “This is a business proposition that is based on the purest supply and demand imbalance,” Reininger told Arabian Business.

In 2021, he left his position at Qiddiya to take on the role of Chief Executive Officer at Brightline Trains