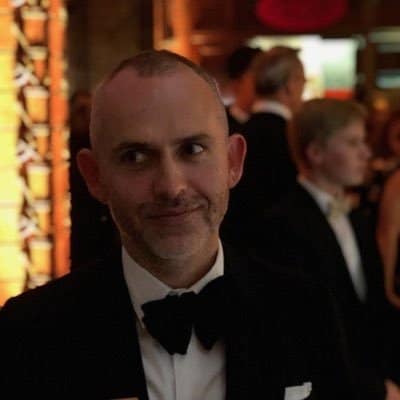 Brad Irwin is head of global engagement at London’s Natural History Museum and is also known to many in the science engagement community for his role on the organising committee of Ecsite.

He has over 20 years experience of leading cultural programmes in the UK and around the world and has been in his current role since February 2021. However, he initially began working for the Natural History Museum in 2008 as learning operations manager. Irwin has since held a number of roles at the institution, including senior learning engagement manager, international partnerships manager and head of international partnerships.

Irwin has also worked with Ecsite, the European Network of Science Centres and Museums, since 2015 and is now a committee member for the Annual Conference programme. While the conference went digital in response to the pandemic, Irwin was instrumental in getting science engagement professionals to engage with the format. He helped to create innovative conference formats, as well as using his network to secure inspirational keynote speakers for the event.

“His unique presenting style as a host meant that the conference still attracted over 1000 participants who benefitted not only from informative sessions but from a moment of connectivity and joy amidst the pandemic,” said one nomination.

The work that Irwin and his colleagues at Ecsite put into organising the virtual conference meant that, despite a challenging year, the community was able to come together, in order to connect, share ideas, and learn.

In 2021, the Natural History Museum received a £3.2m grant from the National Lottery Heritage Fund for its Urban Nature Project (UNP). This is a biodiversity movement to address, understand and reverse the decline of urban biodiversity and habitat loss in the UK. The project will see the institution’s five acres of outside space be transformed into an urban nature ‘epicentre’.