Construction will begin in 2021 and they will open in 2023. Tayto Park has invested €15 million into the two new rollercoasters, the largest investment in the theme park’s history.

It is expected that the new coaster will bring 40 new jobs to the area.

Founder of Tayto Park, Raymond Coyle said that “today is a very exciting day for Tayto Park and Co. Meath. This is the largest single investment in our history! We currently employ 420 people and not only will the new coasters add employment to the local economy, they are securing the future of the park.”

Rollercoasters have been redesigned

The two rollercoasters had to be redesigned after the initial planning stages. Tayto Park spent more than €1,500,000 on reducing the noise of the rollercoasters. The tracks have been reoriented to direct noise into the park and away from housing in the area.

Tayto Park lodged a planning application for a new €48 million hotel on site in 2017. The plans were for a 32,000 square-metre family hotel with room for 1,000 guests. The hotel was due to be built from wood to fit into the parkland setting of the theme park. 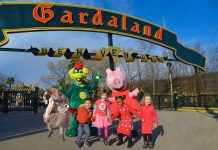 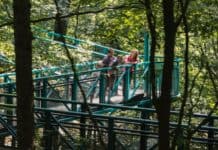 Scotland’s leading distiller Diageo has announced the opening of a new multi-million pound distillery and garden visitor attraction at Glenkinchie near Edinburgh. The...