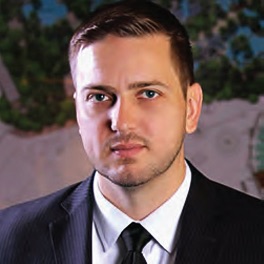 Jeffs was promoted to the role of president/COO when GGE rebranded as Legacy Entertainment in late 2017. Prior to his 14 years with Legacy, he was a research specialist with the Walt Disney Company.

Showpiece projects include the Galaxy and Studio City casino resorts in Macau and the upcoming Shanghai Haichang Ocean Park and Lotte’s Magic Forest in South Korea.