The Lund Group’s investment in Shaun the Sheep Country is paying off as Skånes Djurpark reports visitor attendance is increasing dramatically.

The Lund Group took over the running of Skånes Djurpark in January 2015. Major investments have been made with the intention of making Skånes Djurpark a top Swedish destination.

Skånes Djurpark is located outside Höör in the Skåne region of Sweden. It is the largest zoo in the world specialising in Nordic animals. It features animals that live, or have lived, wild in the Nordic region including bear, wolves, boar, and elk.

The attraction is aimed at families with children under twelve.

“We believe in Skåne as a region,” says Håkon Lund, CEO of the Lund Group. “We will continue to invest in the experience. It’s all about the animals, nature and experiences that can put Skåne Zoo on the map as an attractive destination.”

Last year investment went into creating Shaun the Sheep Country. This was a world first – building an area dedicated to the popular characters in the classic Aardman Animations IP.

New for 2017 is Expedition UPP. This involves a 350 m long adventure trail with suspended bridges up in the trees. In places it rises to nine metres above ground. Bridges link four observation towers and 27 platforms which look out over the wolves’ enclosure.

“We notice that our investment has paid off,” says Lund. “More and more loyal guests are returning and buying season tickets.”

Another key focus this year is the development of the zoo’s catering. A farm buffet has been introduced, specialising in locally produced food and drink.

“Our investment in Skånes Djurpark is long term and we see great potential,” says Lund. “We have also started an initiative called ‘Children Scania’. We’re working together with other stakeholders in the tourism industry to highlight everything amazing the Skåne region has to offer families.” 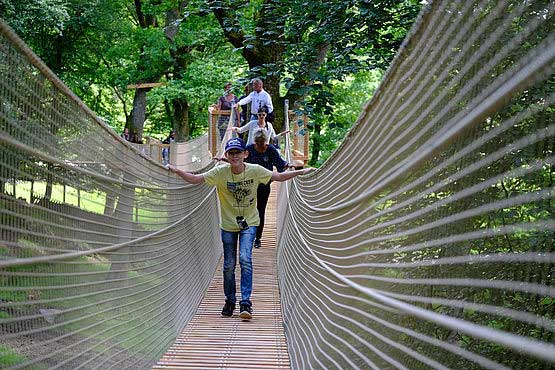