Thanks to 3D printing, the Yungang Grottoes in China, a UNESCO World Heritage site, can now travel round the world in a first in museum technology at the ZJUMAA.

For the past three years, the Yungang Grottoes Research Institute and the Cultural Heritage Institute of Zhejiang University have worked together to create a 3D model of cave No.12.

An important part of Chinese history

Located in Datong City in the Shanxi Province, these grottoes are an important depiction of 5th-6th century Buddhist cave art in China. Cave No.12 is known as the ‘Cave of Music’.

Thanks to its depictions of gods and musical instruments, this cave is important for understanding ancient Chinese music and dance.

The 3D replica of this cave was displayed in the ‘Grace and Grandeur: Memories of Yungang Grottoes through a century’ exhibition at the Zhejiang University Museum of Art and Archaeology (ZJUMAA)  on June 12, both online and in-person.

This exhibition featured over 100 artefacts from the Yungang Grottoes Research Institute, including stone sculptures and pottery, as well as the 3D replica. 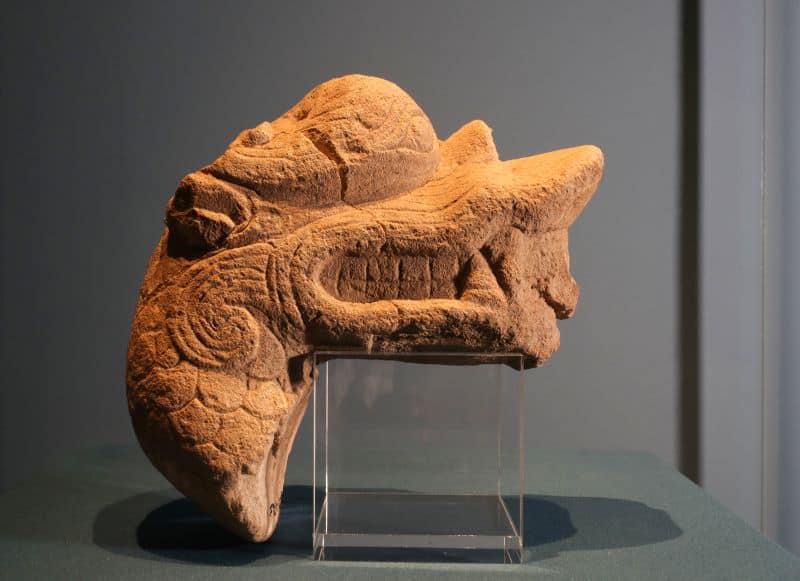 Pushing the ‘ceiling’ of museum technology

Using 3D digital data, cave No. 12 has been meticulously recreated into a 3D model. It is constructed of 110 two-metre-long ‘building blocks’ that make it easy to transport and install. These blocks weigh 2 tons, and the cave replica can be assembled in a week.

Thanks to the lightweight aluminium alloy frame, no scaffolding is needed to build the exhibition. Instead, one layer is built on the ground and then hung to the top. The building blocks are then assembled from top to bottom, which is very efficient.

Diao Changyu, deputy dean of the Cultural Heritage Institute at the university, said that data collection, structural design and colouring were just some of the challenges faced by the team, according to Shine.

Changyu explained that the team “reached the ‘ceiling’ of existing technologies” in their efforts to replicate the cave. The colours of the replica are 95% accurate, and the team used mineral pigments to create a more realistic texture.

If you touch the walls of the model cave, you will be able to feel the texture of sandstone and limestone. 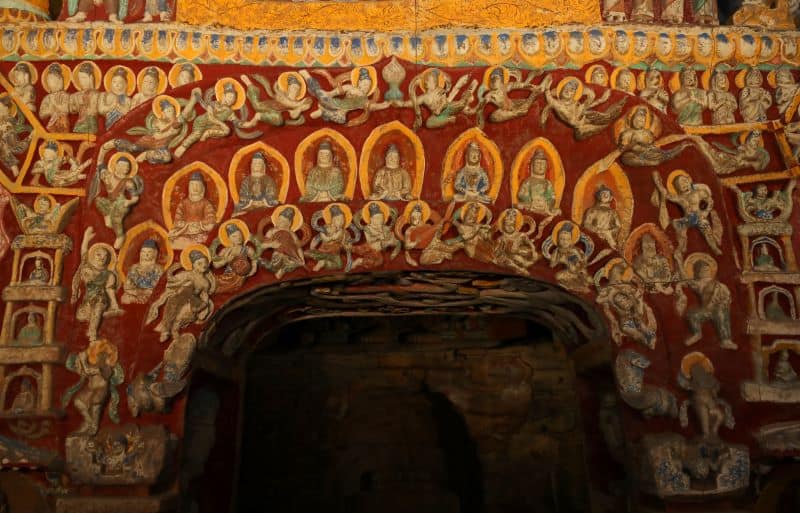 Technology allows the grottoes to be preserved

This 3D replica also allows the grottoes to be preserved. Li Zhirong, Vice Director of the Cultural Heritage Institute explained that “through 3D printing, digitalised records can reach the standards of archaeological records”.

Furthermore, this replica can go on tour easily as a travelling exhibition, allowing more people the opportunity to experience the grottoes’ beauty. It is a “paradigm of the fusion between technology and art” according to Lou Kecheng, Executive Vice Curator of the ZJUMAA.

Kecheng expanded, saying “Technology can become innovative and creative thanks to art and art can enjoy a rebirth and get disseminated thanks to technology”.

Meanwhile, Beijing is set to become a ‘city of museums’. Under new plans, the capital city will become a national cultural centre.