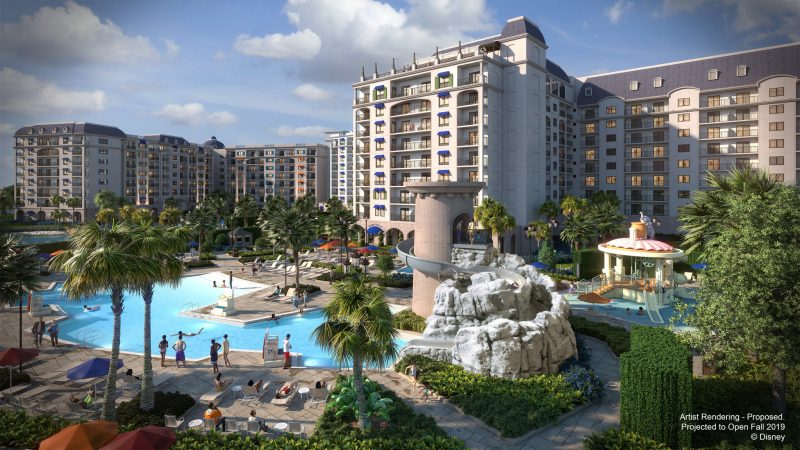 Disney Vacation Club has announced the official opening of Disney’s Riviera Resort at Walt Disney World Resort. The accommodation is inspired by Europe and has more than 300 rooms.

Disney’s Riviera Resort, the 15th Disney Vacation Club property, is a deluxe resort inspired by the Italian and French Riviera.

It is the first dedicated Disney Vacation Club resort at Walt Disney World since Disney’s Saratoga Springs Resort opened in 2004.

“Blending the flavors and flair of the Italian and French Riviera with the creativity and imagination that only Disney can deliver, this new resort pays tribute to Walt and Lillian Disney’s amazing European travels while connecting Disney artistry and storytelling to this region’s renowned art heritage and inspiration,” said Schultz.

“Not only will Disney’s Riviera Resort delight families with its gorgeous architectural details and wide range of accommodations, but members and guests will simply fall in love with the sights, sounds and flavors of Europe around every corner.

“Our team is excited to welcome families to this relaxing destination inspired by the world-famous sun-drenched Mediterranean coastline.”

Guests can travel to and from resort on Disney Skyliner

Art features throughout the resort, including Disney concept art with European settings, posters of Disney films as released in Europe, and photography of Walt Disney’s travels in Europe.

In addition, it has a palm tree-lined boulevard, grand archways, porticos, water features, towers and terraces.

Meanwhile, Disneyland is planning a new 350-room Disney Vacation Club timeshare project. The 12-storey tower will be located adjacent to the Disneyland Hotel in Anaheim.

Cineworld to acquire Cineplex for $2.1 billion