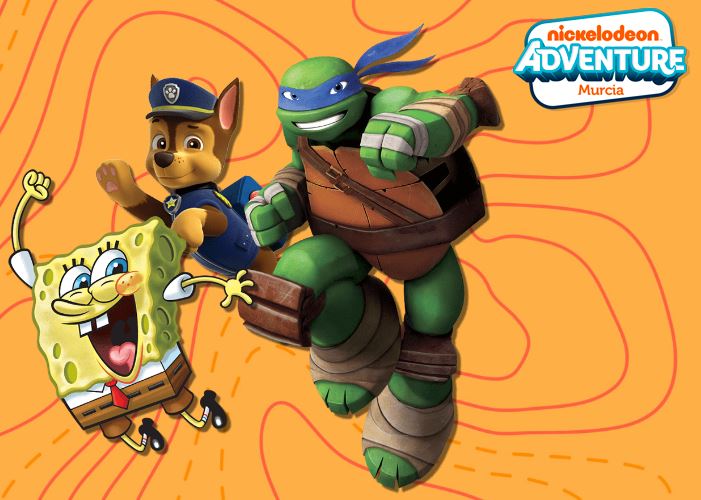 The retailtainment offering occupies 5000 square metres and features attractions themed on many of Nickelodeon’s most popular IPs including Sponge Bob, Dora the Explorer and Teenage Mutant Ninja Turtles.

The news comes less than a year after an agreement was signed by Parques Reunidos and Viacom International Media Networks to develop mall entertainment centres featuring Nickelodeon characters.

There is also an active adventure course inspired by Teenage Mutant Ninja Turtles, where children can scramble through tunnels and over climbing walls. Other facilities include Nickelodeon-themed birthday celebration rooms, an interactive area, a 4D theatre, and educational areas for school groups.

The development of Indoor Entertainment Centers (IECs), located both in shopping malls and in landmark urban locations, is a key growth strategy for Parques Reunidos. The company views these all-weather, all-year parks as a reliable way to stabilise income in an often weather-dependent industry.

“We are very excited to finally present this project, which is so unique in Europe,” commented Manuel Gil, Senior Vice President & General Manager at Viacom International Media Networks España. “With this Indoor Entertainment Centre, we are able to offer, once again, an authentic Nickelodeon experience along with Paw Patrol, SpongeBob SquarePants, and Teenage Mutant Ninja Turtles.”

According to MERLIN Properties’ CEO, Ismael Clemente, the new attraction will strengthen the mall’s image as an entertainment and shopping destination within the Murcia region. He added that ‘an increasingly demanding audience’ are looking for new entertainment concepts.

“The agreement we have reached with Viacom will enable us to open a number of centres following this same format in other cities such as Madrid, London, or Lisbon,” confirmed Parques Reunidos CEO, Fernando Eiroa.