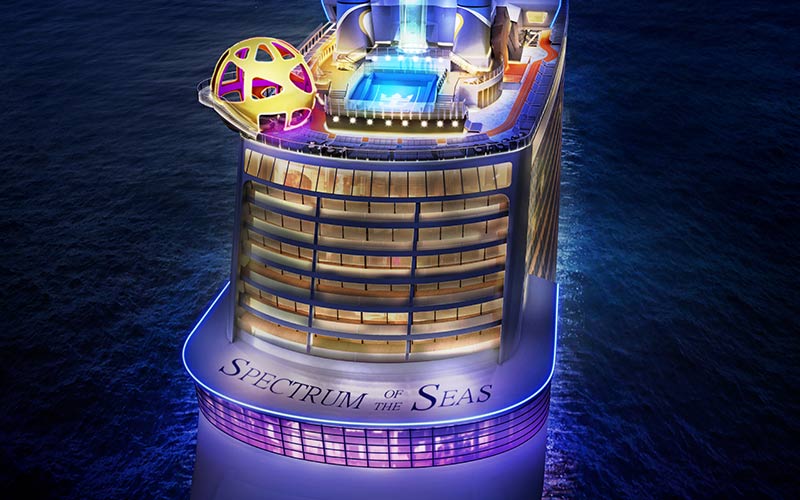 “Royal Caribbean has always been known for innovating and pushing the boundaries, and Spectrum of the Seas is a great example of this,” said Michael Bayley, President and CEO, Royal Caribbean International.

“Spectrum brings to life the best of Royal Caribbean along with curated experiences for our Chinese consumers.”

Attractions on Spectrum include Sky Pad, a virtual reality (VR) bungee trampoline experience where guests can wear VR headsets for three new games – Jump Rally, Sugar Leap, and Bass Bouncer. Guests can opt out of wearing a headset and enjoy views of the ocean as they bounce. 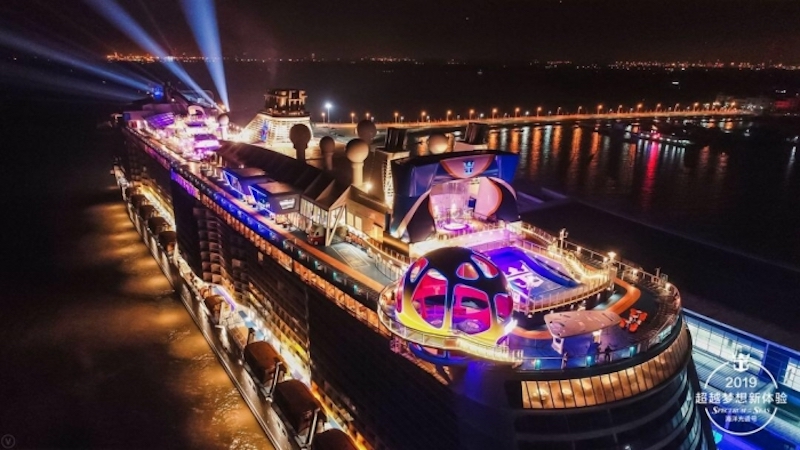 When it comes to cutting-edge tech, Spectrum of the Seas has various digital experiences, such as digital room keys, automated stateroom controls, and the Royal Caribbean mobile app.

Earlier this year, Royal Caribbean International unveiled a $250 million private island with its own water park, the Caribbean’s largest wave pool, and the highest vantage point in The Bahamas.