Last week, SeaWorld’s interim CEO, Marc Swanson, made a comment to investors about the company’s future plans that raised more than a few eyebrows.

According to Marc Swanson, SeaWorld may be looking to use some of the cash it has been borrowing and storing away in order to survive the pandemic to pick up a new property or two in the future. Swanson said that SeaWorld is looking into opportunities where a competitor isn’t “able to weather the storm.” Cases where an existing property may become available that could be a good fit for the company.

He said that they could be looking at “a waterpark, a hotel, or something like a park that we could look at and convert to a Sesame Place, for example. Those are the type of things we’re talking about.”

It is interesting that he mentioned the Sesame Place brand as the possible focus for SeaWorld’s future efforts. Sesame Place turned 40 years old in 2020. But it would not be a surprise if you have never heard of it.

The small park has long been overshadowed by the bigger parks in the SeaWorld Parks & Entertainment portfolio. The existing Sesame Place park is a very compact property, only 14 acres in size, and located in Philadelphia, Pennsylvania. The unique property is a mixture of small rides, a physical playland, character experiences and a small waterpark. This is all themed around the Sesame Street characters.

Sesame Place only really rose to the forefront of the chain’s headlines in 2017. This is when it was announced that the company had signed a deal to create a new Sesame Place theme park somewhere in the US. This was set to open “no later than 2021”.

In 2019, SeaWorld revealed the location for the future park. It was announced that Aquatica waterpark in San Diego would be converted into a new Sesame Place park for 2021.

This small waterpark in San Diego is of a similar size to the original Sesame Place. It sits on a roughly 67-acre piece of property. However, the existing waterpark is only about 17 acres in size. Here, the company will likely get rid of select waterslides to make room for a small collection of kid-friendly rides.

In addition to this, Sesame Street-themed kids areas have been added to both of the chain’s Busch Gardens theme parks (Virginia and Florida). There are also Sesame Street-themed areas at all three SeaWorld parks (California, Texas and Florida). With these locations in mind, the possibilities of growing the Sesame Place brand in the US seems limited. 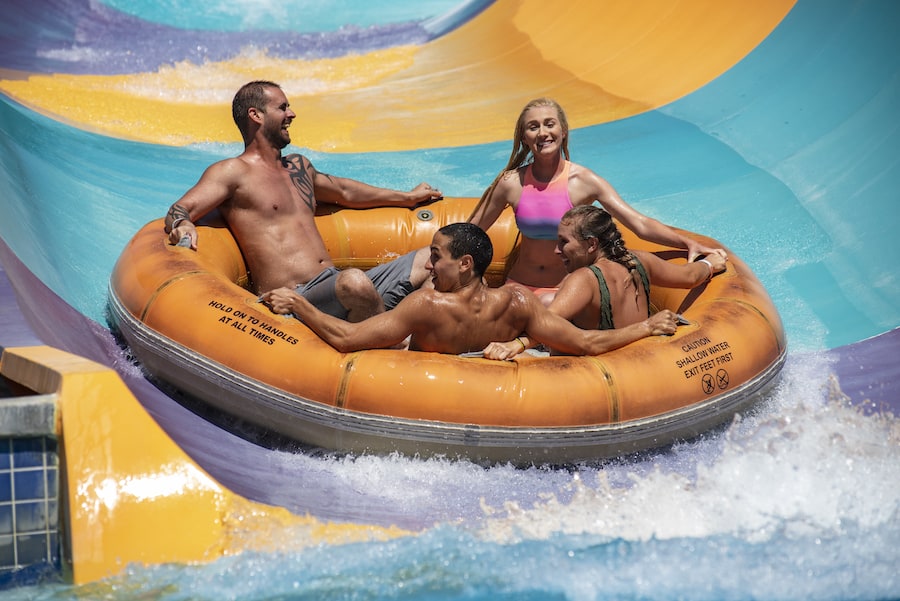 Assuming SeaWorld was looking to move into new markets to grow the Sesame brand of parks in the future, and looking to pick up a very inexpensive waterpark in the process the first item on my list would be the closed former Schlitterbahn waterpark in Kansas City, MO.

Transforming this relatively unthemed and closed waterpark property into a themed experience would be a lot of work. But it would also expand the chain’s reach into a brand new territory. Doing so for the first time since the company built SeaWorld San Antonio in the late 1980s.

Swanson also mentioned that beyond waterparks, SeaWorld was also looking into “a hotel, or something like a park” that they could convert in the future. Think about the early days of indoor waterpark resorts. Many came about by the addition of indoor waterpark infrastructure to a previously existing hotel that happened to have the room to grow. Similarly, it would be interesting to see a year-round indoor version of a Sesame Place park experience. One that offered both wet and dry attractions experiences. Could this appear in a previously untapped northern market, if the right existing hotel property could be found?

I’d like to think of it as a Kalahari-style waterpark resort experience. This operator offers a collection of dry rides and experiences to its guests, alongside the waterpark.

SeaWorld’s future is in flux

It is worth remembering that the design of the SeaWorld brand of parks is definitely in flux right now. It has existed for decades as a marine animal only park experience. But we have recently seen the parks evolve and change. The brand has now added heavily-themed new ride experiences as well as some world-class roller coasters into the mix.

This is a reaction to the fact that the concept of the “marine park” has fallen out of favour after the premiere of the film Blackfish.

While the American SeaWorld parks have been focused on adding thrills to those parks, an entirely different SeaWorld park experience is also under construction in Abu Dhabi right now.

SeaWorld Abu Dhabi will offer a thrill ride or two. However, the majority of the park experience will be indoors and will more closely resemble mega-aquarium style experiences, like the world-famous Georgia Aquarium in Atlanta, GA.

Keeping the unique design of this new international SeaWorld park in mind, I do wonder if there are any other similar mega-aquarium attractions located around North America that could also find themselves under consideration for purchase to be expanded into something new in the future.

Sesame Place, despite it’s size is and has been a money maker. This little park has carried Sea World through the dark years after Blackfish’s release to the public…at Sesame Places detriment. Profits are siphoned off, and the little park has taken a back seat to the larger ones. Maintenance and infrastructure repair and improvement has suffered due to this. The best thing that can happen to Sesame Place is for the stock to rise enough that it gets sold off by the real people calling the shots…which isn’t Mr Swanson or 5 other CEOs who have quit.

Since we are speculating, I think a better alternative would be Nashville Shores. Its a waterpark with a resort component located just a couple of miles from the Nashville airport in a large market with a strong tourist base and a screaming need for a theme park.

There was plenty of opportunities in the UK if they ever wanted to expand. although the sesame street brand is seen as quite outdated over here!

I know this isn’t possible but I think Busch Gardens should spread out their theme parks too because their is only a Busch Gardens presence in Florida and Virginia. I know the Sesame Street brand needs to expand and I know SeaWorld isn’t looking at any new theme parks to buy right now. I just thought it would be pretty interesting if Busch Gardens can expand to Texas and California again I know Houston once had a Busch Gardens. But It has been awhile since a totally new theme park has been built so that’s very less likely I was think convert a local zoo into a Busch Gardens with rides and attractions this seems pretty far fetched but just an idea since you already have animals at your local zoo wherever it may be.