Christie is pleased to announce that its RGB pure laser projectors were behind the first-ever 3D projection mapping show on an operational rocket. The content was created by PaintScaping, and rental expert provided six ‘all-in-one’ 45,000 ISO lumen Christie D4K40-RGB projectors to map the façade of United Launch Alliance’s (ULA) Delta IV Heavy rocket at Cape Canaveral.

The rocket measures almost 72 metres and was lit up as part of a private event in the run-up to ULA’s launch for the National Reconnaissance Office (NRO). 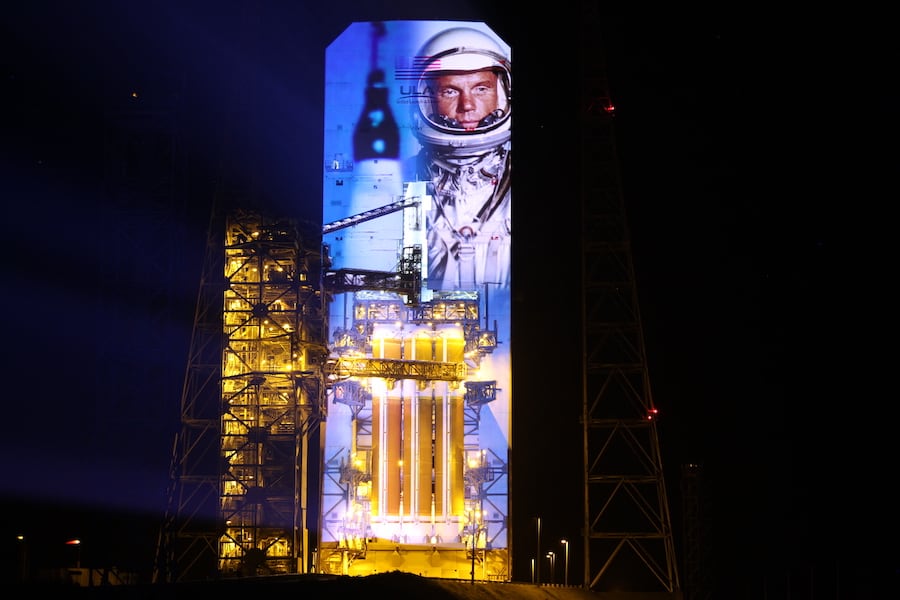 The brightest RGB laser on the market

“It was a pleasure to work with the latest and brightest RGB laser projector on the market for this unique project,” says Philippe Bergeron, President of PaintScaping, which created the eye-catching content for the event.

“We have a long history of working with Christie and Nationwide Video, and it was a joy to team up with them once again. The imposing structure of the rocket drove the narrative of this once in a life-time video mapping opportunity, with the Christie projection helping to deliver the impact we required. It is always a thrill to share the power of 3D projection mapping, and we enjoyed the challenge of delivering on the client’s vision.”

PaintScaping was able to rise to the considerable challenge of mapping on the rocket, with its range of different surfaces, thanks to its extensive experience in projection mapping spectaculars.

The company has previously chosen Christie’s technology for several successful shows, such as Calvin Harris featuring Rihanna’s This is What You Came For music video. The two companies were also behind a BMW plug-in hybrid advert and the Aurora projection mapping show at San Diego Zoo. 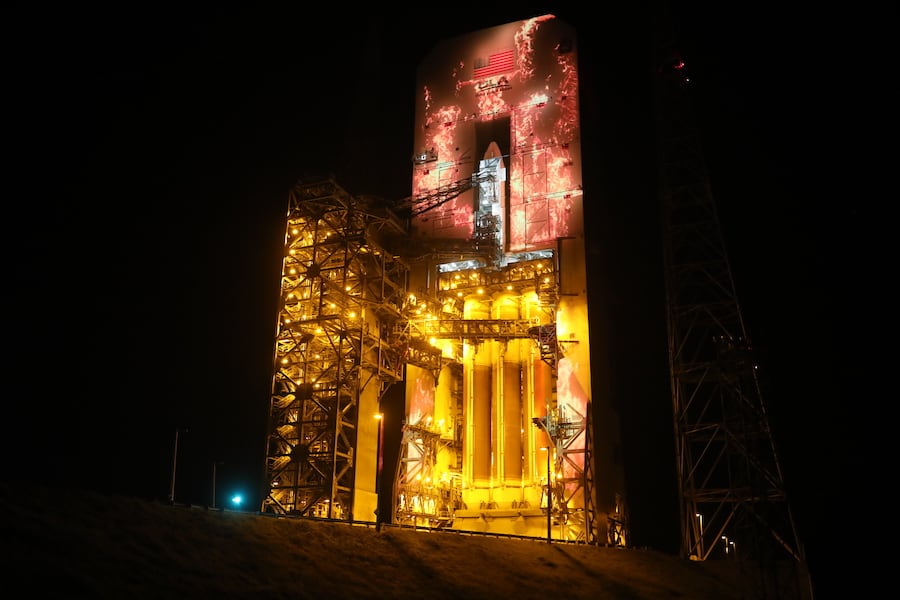 “With enhanced colour saturation, brightness and contrast, pure RGB laser technology is an ideal choice for impactful large-scale projection. When combined with great talent and an exciting opportunity such as this, the pay-off is something special,” says Michael Bosworth, executive vice president, Enterprise, Christie.

“The PaintScaping team has once again demonstrated its supreme expertise in the 3D projection mapping arena, and we’re proud to have played a part in achieving its ambitious plans for this stunning project.”

The D4K40-RGB boasts a compact all-in-one design, providing a long-lasting, reliable light source. This makes it a perfect choice for projection mapping. It produces vibrant, true-to-life visuals with built-in warping and blending from Christie Twist. It can also be used alongside Christie Mystique, an automated camera-based alignment software solution.