Star Wars: Galaxy’s Edge is opening earlier than expected at Disneyland Park in California and at Disney’s Hollywood Studios at Walt Disney World Resort in Florida.

Disney announced on Thursday (March 7) that guests will get to visit the 14-acre themed lands from May 31 in Anaheim, California and August 29 in Orlando, Florida.

Set in the Black Spire Outpost on the remote planet of Batuu, located on the outer rim of the Star Wars galaxy, the California attraction was previously set to open this summer, while the Florida destination was scheduled for fall 2019.

One of two main attractions, motion-simulator ride Millennium Falcon: Smugglers Run will open on May 31 and August 29 in California and Florida, respectively. 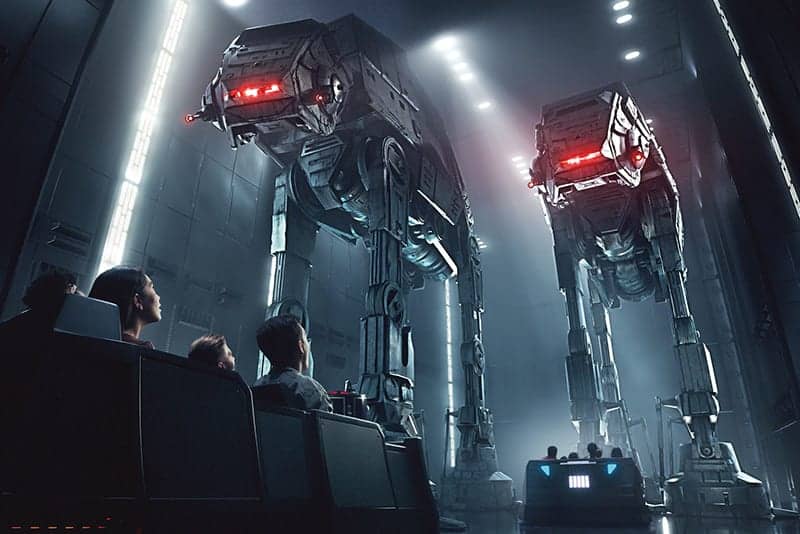 However, fans of the franchise will have to wait a little longer for the parks’ other main attraction, Star Wars: Rise of the Resistance, which will open at a later date, to be confirmed.

Disney CEO Bob Iger told investors at Disney’s annual shareholder meeting on Thursday that Rise of the Resistance is “the most technologically advanced and immersive attraction” the park has ever seen (via CNBC).

The ride will throw visitors into the middle of a battle between the First Order and the Resistance, before they find themselves inside a Star Destroyer, where they encounter the First Order’s dark enforcer.

Iger also confirmed that Disney is transforming its Epcot park and adding a Tron-inspired roller coaster at Magic Kingdom. The company will also build a new Marvel-themed land at Disney California Adventure and a Zootopia-inspired land in Shanghai.

Brimming with rides, new ships, droids, tech, creatures and fan-favourite characters, find out more about what to expect from Star Wars: Galaxy’s Edge.

And, read more about some of the themed food and drinks on offer at its newly-revealed restaurants and bars.