The Welsh Mountain Zoo has revealed plans for a £1m ($1.4m) state of the art redevelopment of its snow leopard enclosure.

The project, dubbed ‘The Silk Road’, will see a complete redesign of the existing snow leopard enclosure, to become a representation of the mountainous regions in which the endangered species lives.

The new enclosure will be designed to offer visitors a nose to nose visual experience through glass, whilst an elevated walkway will journey around the site, offering panoramic views across the Welsh Mountain Zoo and the Carneddau Mountains in the distance. 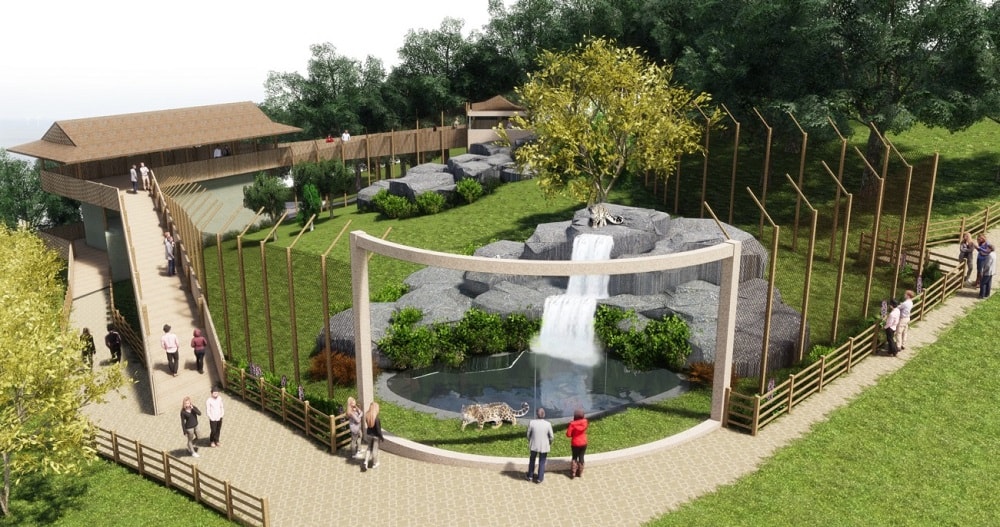 Nick Jackson, director at the Welsh Mountain Zoo said: “Silk Road is an incredibly important project for us that not only gives a new home to our snow leopards, but delves far deeper into the natural habitat and the wider environment in which this species lives.

“With our wonderful pair of breeding snow leopards, we have through the years become increasingly involved in conservation campaigns and projects to raise awareness of their endangered status, now having made an annual commitment to support the Snow Leopard Trust. Silk Road will help highlight their position in the wild, whilst creating an exciting and innovative enclosure that will form an important part of the zoo’s future .”

The project is being conducted in association with Bangor University and the Confucius Institute. It will seek to educate visitors on the culture of China as well as the language, environment and species that originate from there.

A new mobile app will be launched as part of the project, intended to take zoo visitors on a journey down the Silk Road. It will incorporate elements of mixed reality, real-time updates and gameplay.

Construction on the enclosure is expected to start later this year. Up to £200,000 of the £1m budget is expected to come from a crowdfunding campaign that the zoo plans to launch next month.

Jackson added: “We are a forward thinking charity and Silk Road reflects this. The crowdfunder route is an innovative and relatively new concept in fundraising and therefore offers strong synergy and good potential with our own ambitions within this project.”