Plopsa Group is to open its second water park following the success of Plopsaqua De Panne. The new park will be in central Belgium, close to the cities of Hannut and Landen.

Plopsaqua Hannut-Landen will be a 4,800sqm water park catering to guests interested in sports and instruction as well as leisure. Being constructed at a cost of €22.5m ($27.6m), Plopsa Group plans for it to open in 2020.

The complex will feature a 25m pool with eight lanes and an instruction pool with four lanes, which will cater to a large number of schools and groups. There will also be a recreational area with water attractions and slides, including a 19m-high Sky Drop. The recreation area will be themed with the characters of Bumba and Maya as central figures. 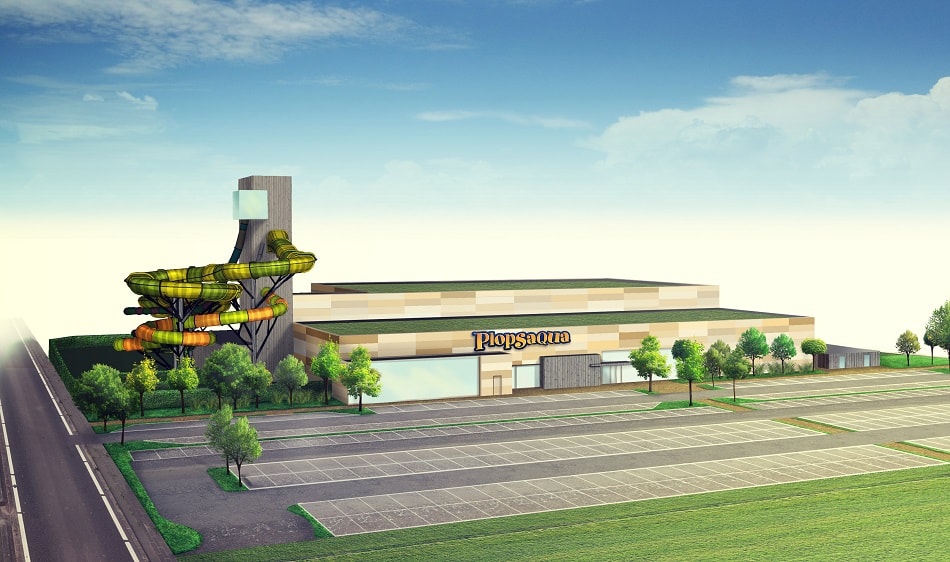 Steve Van den Kerkhof, CEO of the Plopsa Group, said: “We noticed that the visitor numbers of Plopsaqua De Panne greatly exceeded expectations, with a large percentage of visitors coming from all corners of the country. We really felt the demand and the potential to build a water park elsewhere in Belgium.”

Plopsa parks in Belgium saw record attendance over Christmas, welcoming 150,000 visitors across Plopsaland De Panne, Plopsaqua De Panne and Plopsa Indoor Hasselt. Plopsaqua had its busiest Christmas since it opened in 2015 with a 20% increase in visitors year-on-year.

Last month, Van den Kerkhof revealed that Plopsa plans to open a major new attraction at Plopsaland De Panne in 2020 to celebrate the park’s 20th anniversary. He described the new attraction as “something big and fun” but did not go into further detail.