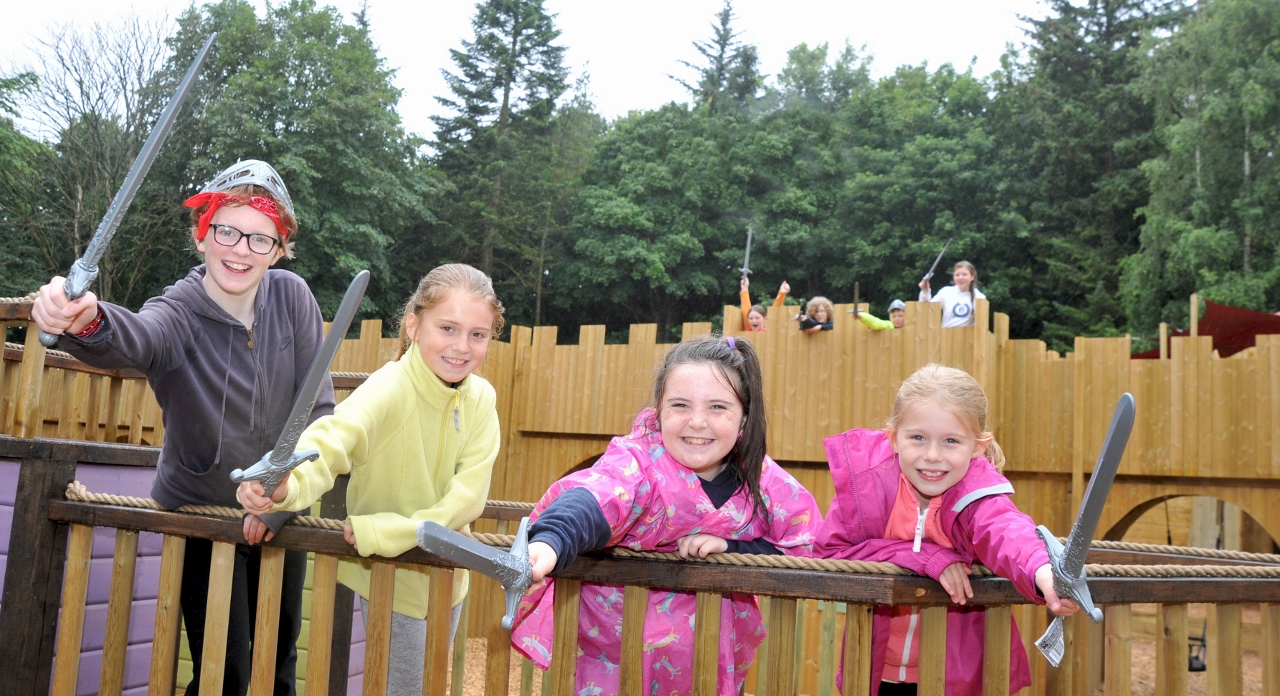 Designed by Robert Adam in the 18th century and perched dramatically on an Ayrshire cliff-top, the National Trust’s Culzean Castle is one of Scotland’s most popular visitor attractions.

Having suffered a steady decline in visitors, the castle is now firmly back in business with numbers up by 12% and membership recruitment up by 30%.

Caroline Smith, General Manager at Culzean Castle, spoke with Blooloop about the strategies she used to reverse the castle’s fortunes.

Bringing Properties back into Use

Smith was appointed initially to an interim six-month post, which became permanent in March 2014. Previously, she had been Property Manager at the Robert Burns Birthplace Museum in Galloway for around ten years, overseeing its transformation and delivering the project for the Trust.

Smith viewed the opening at Culzean as an opportunity for her own development. Her remit, as General Manager, was to deliver developments that were necessary to reverse the castle’s increasing decline in visitor numbers.

One of her initial strategies was to focus on the numerous vacant properties across the estate.

“We developed the philosophy of bringing properties back into use, to protect the fabric of the buildings, to give them purpose, and also to provide some income to the property, ” she says. “That ranged from housing, refurbishment, and holiday cottage renovation, expanding across to the visitor enjoyment side of things.”

30% of visitors come with children

Smith felt that in order to have an impact on visitor numbers, something new needed to be done to enhance the visitor experience.

“Based on the research on Culzean that the Trust conducts annually, we know that a large proportion  – around 30% – of our visitors come with children, ” says Smith. “Also, the dwell time at Culzean is quite long. People come for the whole of the day. And, we looked at the existing play area, in a part of the property called the Swan Pond. It had been in existence for in excess of 15 years, and was reaching the end of its lifespan. I thought that something that would have an immediate impact on a large proportion of our visitors would be to replace the play area.”

At Culzean, a significant number of people visit just that part of the property to play with their children, and to have picnics during the summer.

“It’s a very attractive part of the property: it’s very much a recreational space, but it’s in the historic landscape and it has Grade A significant listed buildings in its curtilage. We know that it’s a destination in itself, but we wanted to create a play experience that would draw from the architecture and the stories of Culzean, so that if children and families only go to that part of the property, they would nevertheless see some relevance and connection to the built heritage within the estate. That was part of the brief that we wrote when we put it out to tender.”

“We interviewed a few different companies and felt that CAPCO’s response and initial design created a really exciting play experience. While we were only really using the existing footprint of the original play area, we asked companies to consider using the surrounding woodland as well. CAPCO responded to the brief, using a large part of the woodland leading up a hill to a pagoda building, and creating a really exciting wild woodland element to the play.”

It was decided in the end to limit the budget, and to incorporate the wild wood idea as a Phase 2 element.

“So we drew the play experience back to the footprint of the original play area. We felt that what CAPCO should sort through in great detail was the architecture of the property, bringing out such elements as the caves beneath the castle, the viaduct, the beach and the castle itself.”

The Eisentower, complete with flagpole, refers to the Eisenhower apartment within Culzean Castle. In 1945, General Eisenhower was invited by the Kennedy family of Culzean to accept the tenancy of a specially created guest flat on the top floor of the castle. He stayed there several times with his family, and also lent it to friends. After his death, the National Trust for Scotland and Scottish Heritage USA opened the apartment as a venue for corporate and private hospitality.

“So there are really strong links to different elements within the property, and if people come to the play experience, then their interest might be piqued and they’ll want to go and see the real castle, or climb onto the real viaduct, and make that connection between the play experience and the actual heritage of the property.”

The play area, named Adventure Cove, has already had a positive impact.

“The Adventure Cove opened at the end of June, and we’ve seen an increase in our membership recruitment; our visitor numbers are up on last year, and our commercial trading at the Swan Pond area is up significantly as well. It’s definitely something to build on, and it gives us a case to develop Phase 2 into the wooded area, which would be good for older children, and for which CAPCO have already done the concept drawing. It’s certainly an aspiration that we’ll do that, possibly starting next year, ready for April 2017.”

A broad programme of events

“We’ll start to use it within our public programme of events, and within our educational programme as well. At Hallowe’en we do ghost walks through the country park (Culzean is rumoured to have a plethora of ghosts), and this year’s event started down at the play area, which is in a kind of natural basin, and lends itself to some kind of theatre and drama unfolding. We’re hoping that during the summer of next year we can put on more events of a theatrical nature.

“We do children’s events – pirates and princesses, and so on. Easter is a huge event: we have a family market, and do Easter Egg trails, which draw in thousands of people across that weekend.

“Working closely with the travel trade we get a lot of people coming to this part of Scotland to visit Culzean – it’s quite a significant castle.”

Culzean has frequently been used as a film location, most notably as the home of Lord Summerisle in the 1973 cult film, The Wicker Man.

“We continually market Culzean for the film market. We have a dedicated Filming Manager within the Trust . We are also a venue for magazine and fashion shoots.”

“Compared to the same period last year (1st march to 25th October), total visitor numbers are up by 12%, bearing in mind that prior to the opening of the new play area, Adventure Cove, visitor numbers for the period 1st march to 30th June were down by 8%.

“We have to try to keep refreshing what we’re doing – a lot of the programmes at Culzean had been pretty static for a number of years, so while we might still keep certain events in the calendar, we’ve had to think about putting a modern spin or twist on them.”

Christmas is the biggest event in the castle’s itinerary, for the family market in particular. This year, Culzean will be repeating the last year’s Magical Christmas event, but has changed its focus, bringing in new characters and activities:

“So it’s a case of maybe keeping a similar formula, but making it different and fresh.”

Another new initiative is the planned reinstatement of the walled kitchen garden over the next three years, “… to give everyone a sense of place, because that was the garden that supplied the house with fresh fruit, vegetables and flowers. We plan to generate more fruit and vegetables so we can use them for food production throughout the property, and also to establish and expand on learning opportunities within the garden.”

“We are also looking at different ways of getting people across the property – sustainable transport methods – promoting a more healthy/active visit for people – a more active and engaging experience.

“The play area helps with this. The car park to that area isn’t big enough for the number of people that are visiting it. So we’re about to start looking at a car park provision and where the car park should be.  Do we want people to drive across the property – it’s about a mile from the main entry point – a constant stream of traffic past the historic building? So, we’re exploring ways that ensure the whole journey to that part of the property – the Swan-Pond – can be part of the experience as well.”

Smith admits that while all these new projects are challenging, one of her biggest problems is making sure potential visitors know about them.

“Culzean is much loved by the people in the area, but trying to get word to them that things are changing and about new experiences happening can be challenging – as can getting word to people who have never been, or have never thought about coming.

“What we have found is that since opening the play area, we’re engaging with greater numbers of a younger audience, ” says Smith. “When I came to Culzean in December 2013, we had no Facebook page and didn’t engage in social media at all. Since May of 2014, we’ve now started to build quite a good following, and we can sell events on the back of our social media, and lots of people in the area are talking about Culzean again, and lots of people have said to me, ‘I see Culzean has started doing lots of events.'”

There is no doubt in Smith’s mind that the success of Adventure Cove has been pivotal in reversing the castles fortunes.

“We’ve always done these events, ” she says, “it’s just now marketing is beginning to penetrate further to the people we want to reach. The play area has helped us to reconnect with these people.”

The Business of Themed Entertainment in The Times