AREA15 has announced that Wink World: Portals Into The Infinite will feature the Aliume 3D Psychedelic Art Gallery when it opens later in November.

Wink World is an immersive infinity room experience set across 1,500 square feet. It takes founder Chris Wink‘s fusion of whimsy, colour, art, technology and music to the next level.

Visitors to the Aliume 3D Psychedelic Art Gallery will receive ChromaDepth 3D glasses to make the colours seem like they are floating in separate planes.

Visitors will use ChromaDepth 3D glasses 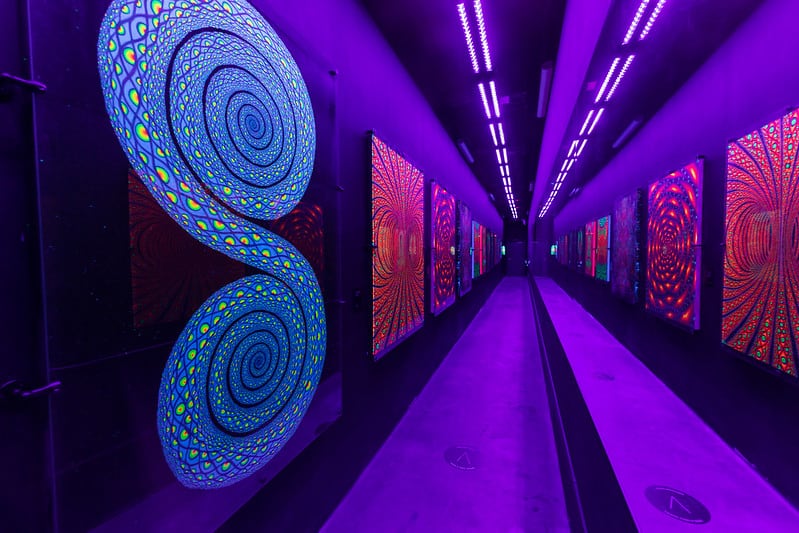 The ChromaDepth 3D glasses can be used to view sacred geometry designs by Aliume throughout AREA15, and are included in the ticket price to Wink World.

“This phenomenal effect makes you feel like you’re literally going inside the art,” said Wink. “Talk about immersive experiences – it doesn’t get much more immersive than that!”

Wink World: Portals Into The Infinite is Wink’s most ambitious art and entertainment project since he left Blue Man Group in 2017.

AREA15 officially opened in September, before welcoming visitors to The Beast Pop-Up, a curated outdoor eatery by renowned chef and restaurateur Todd English.

The opening date of the full Wink World experience will be announced soon. It is set to open in 2020.