Australia’s oldest museum, the Australian Museum, based in Sydney NSW, has reopened following a A$57.5 million revamp.

The Australian Museum has opened its door following 15 months’ of major renovation, redevelopment and expansion. The heritage-listed building, located in Sydney’s central business district, has undergone a total facelift. More than 3,000 square metres of new public space has been added.

Project Discover is the largest renovation ever undertaken at Australia’s first museum. The project, which came in both on time and within budget, was financed primarily by the government of New South Wales which contributed A$50.5 million. Fundraising contributed the remaining A$7 million, including large donations from private donors such as the Hintze family, and Brian and Gene Sherman.

Kim McKay, director and CEO of the AM, aimed to transform the museum’s warren of cramped and cluttered galleries into clear aesthetically pleasing spaces. “The Australian Museum has entered a new age – both physically and in its focus,” said McKay, explaining that new key focus areas would include climate change, First Nations knowledge and scientific leadership. The museum will continue to expand and evolve over the next three years with a fresh interactive education space alongside new Mineral, Pacific and Egyptian Galleries promised. 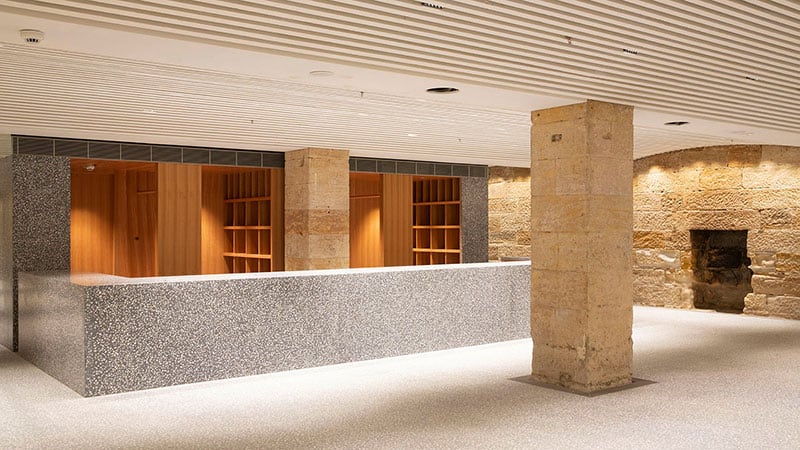 The museum first opened in 1827. It moved several times before opening to the public in its current location in 1857. The bones of the original building have been uncovered as Project Sandstone restored the walls, hewn by convicts nearly 200 years ago. Uncovering the sandstone alone cost A$3 million. Alongside expanded exhibit space there is a new shop, cloakrooms, education rooms, members’ lounge and two cafes, including a smart rooftop facility with views over Sydney. The build’s construction waste strategy assured 90 percent of demolition waste avoided landfill.

The museum opened on November 28th. Admission will be free for a limited time although major exhibitions will carry a charge. Tyrannosaurs – Meet the Family returns to the AM as its major exhibition, after earning A$2.5 million on its five-year North American tour.

Another major museum opened in Australia last week. The A$400 million WA Museum Boola Bardip opened in Perth with a striking new design.