The much-anticipated Kong: Skull Island experience has opened at Madame Tussauds in New York and London.

Kong: Skull Island has been developed in partnership with Legendary Pictures and Warner Bros. Pictures. The opening coincides with the launch of the film, set to open in cinemas on March 10th. 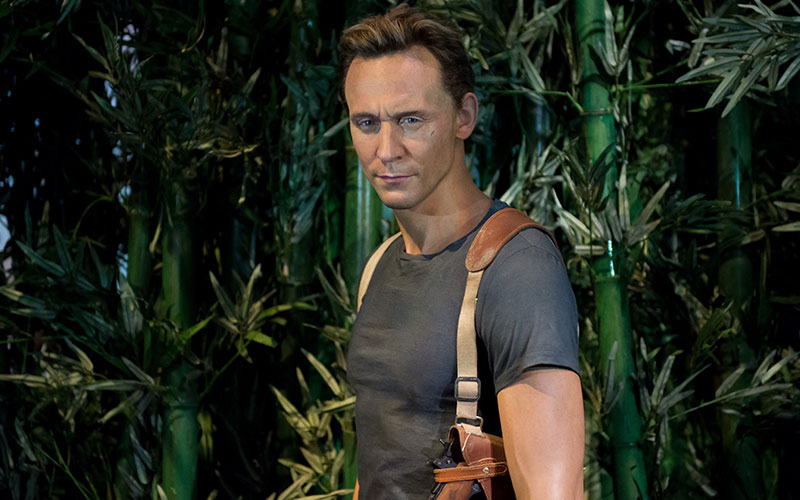 The exhibit takes visitors on a journey through tropical jungle. As they make their way though lush undergrowth, vines and bamboo, they encounter Tom Hiddleston in the guise of Captain James Conrad. This is Tussauds’ first wax figure of the British actor.

Stylists from Legendary Pictures worked to ensure the figure was accurately attired, complete with a gun and binoculars.

Visitors then have to evade the colossal spider trap before they finally come face-to face with the 18ft tall animatronic head of the mythical Kong himself.

The head has been created to the same scale as Kong appears in the film. It required a team of 33 artists and over 72 days to build.

The model weighs over 3,000 lbs and is covered in 350 square feet of specialist faux hair. It took roughly four weeks to hand paint. Cutting-edge pneumatic controls govern every movement of the head, eyes and lips. The precision system creates life like facial movements, grunts, snorts and roars. 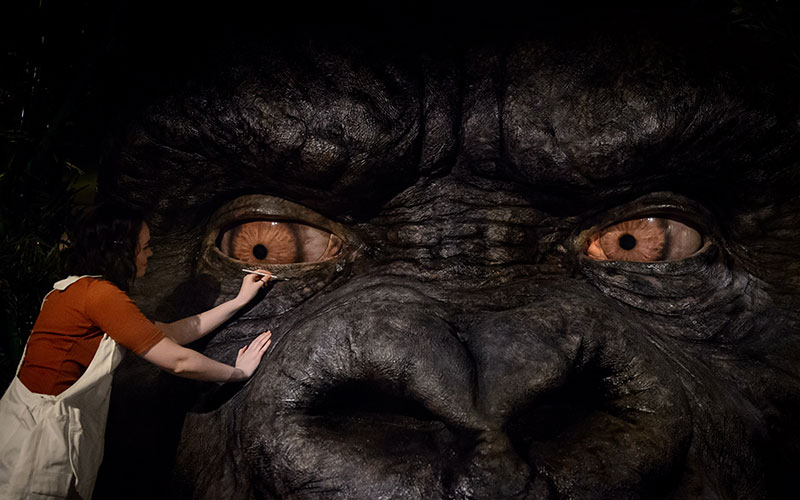