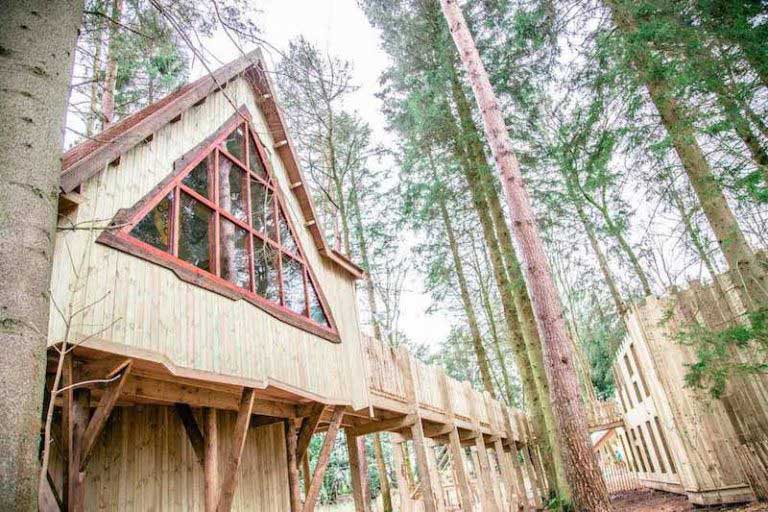 The Lost Castle Adventure Hub at Lowther Castle in Cumbria is now the biggest wooden adventure play structure in the world.

The first phase of the Adventure Hub was so successful that plans for the extension were brought forward.  The play was hand-built on site by Norfolk based adventure play experts CAP.Co (Creating Adventurous Places Limited).

The build team delivered a huge new slide.  They also built a Faraway Party treehouse alongside more ground play and additional areas to engage and relax.

“When we built the first phase of Lowther Castle Adventure Play, which became ‘The Lost Castle of Lowther’ there was always a plan that if it was successful, then we would be asked back to build an extension to the play to drive it further into the woods and increase the amount of play available,” says CAP.Co.

The first phase was built last year.  At the time, was believed to be the largest wooden adventure play structure of its kind in Britain.  It was an immediate success and saw a huge increase in both visitor numbers and turnover for Lowther Castle and Gardens.  It gave Jim Lowther, Lowther Castle’s Owner, the confidence to go forward and invest further in the play.

Jim Lowther talked to Blooloop about the birth of The Lost Castle last year.

“I had been travelling all over the UK looking at historical/historic/cultural visitor destinations, and I decided that the one thing Lowther Castle lacked was a distinctive, strong family offering,” says Lowther. He turned to Simon Egan, Founder of CAP.Co, to realise the project.  CAP.Co came up with “something fantastic – basically a scaled-down copy of the ruin of Lowther Castle, with its regency, neo-Gothic splendour.”

The Lost Castle opened to the public in August 2016.  By mid-September it had increased visitor numbers three-fold.

The Lost Castle is now believed to be the biggest wooden adventure play structure in the world. 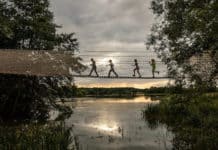 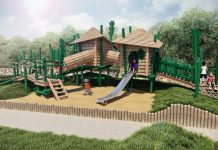 CAP.Co developing a series of new play areas for Nansledan