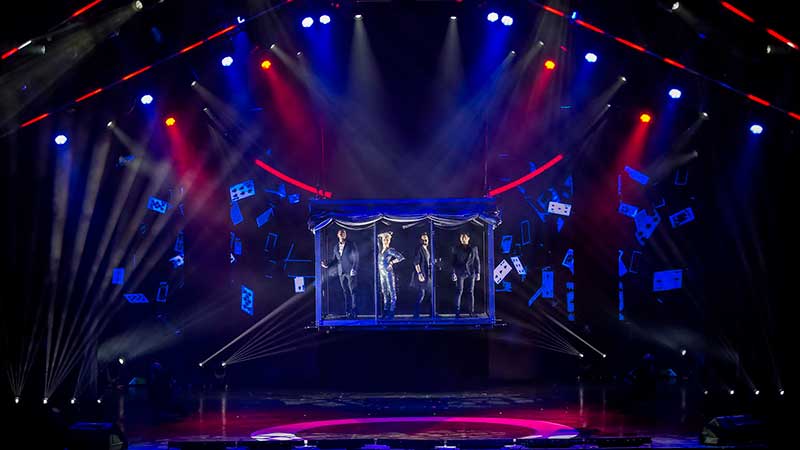 Cirque du Soleil has announced the acquisition of The Works Entertainment, the production company known for The Illusionists franchise and other variety shows.

Daniel Lamarre, president and CEO of Cirque du Soleil Entertainment Group, said: “This transaction is a perfect example of how our group is diversifying through acquisitions, while always investing in our core activities. The Works productions have natural affinities with our own, in that they are high-quality universal live experiences that appeal to different audiences from different cultures around the world without having to adapt the show to each market.

“Magic, a genre of live entertainment that The Works has successfully mastered through their hugely successful Illusionists franchise, has been performed for centuries and continues to enjoy a steadfast popularity among audiences worldwide. I’m honoured to have their creative minds and theatrical expertise join our ranks.”

The Works Entertainment was established in 2012 and creates, produces and presents mid-size theatrical productions including live magic shows like The Illusionists, and content developed from the big screen like Now You See Me Live.

Simon Painter, creative producer and co-founder of The Works Entertainment, said: “As we were reflecting on our company’s future, we were looking for the next big step to fulfill our wildest dreams. Joining the team of the company that completely revolutionized circus arts and is now leading the live entertainment industry is a true honor for us. Cirque du Soleil’s global touring expertise as well as large-scale production insights will undeniably fuel our desired future growth in addition to giving us access to new creative resources that we could ever wish for.”

The news follows the acquisition of the Blue Man Group in 2017. It is one of a number of big announcements from Cirque du Soleil in recent years.

In October, Cirque du Soleil announced a partnership with Argentinean football player Leo Messi to create a show inspired by the football legend.

The company is making waves figuratively – but also literally when they partner with WhiteWater for a new waterpark concept.

Cirque has also announced its first resident show in China, and two new shows at sea on board the MSC Bellissima.