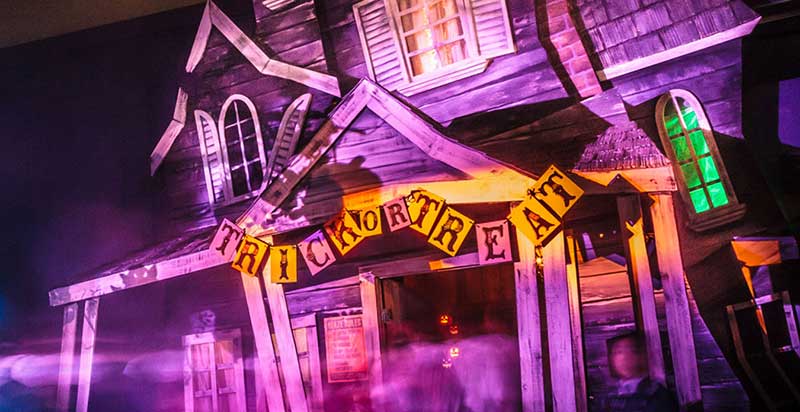 Many of the rides will be open for guests to enjoy after dark. Guests will also be able to experience three new attractions: the Crypt, Wicked Hollow and Vampire Disco.

The Crypt will be a catacomb maze filled with skulls and bones. Guests will travel into mysterious vaults where a cult are bringing the dead back to life.

Scare zones and a silent disco

In the Wicked Hollow scare zone, guests will enter a cursed forest with evil fairies and gnomes.

The park is also introducing the Vampire Disco. The event will feature Vampire DJs and dancers in a high-energy musical performance. The interactive dance party will immerse guests in a silent disco.

Canada’s Wonderland, located just outside Toronto, is now in its 32nd season. It spans 300-acres and contains more than 200 attractions including 16 rollercoasters. It is also home to Splash Works, a 20-acre water park.

Last month, the park announced plans to open the longest, fastest and tallest dive roller coaster in the world: Yukon Striker. It will feature 3,625 feet of mountainous track offering a spectacular view stretching to the Toronto skyline. The coaster features a ‘hold and dive’ element that will have riders hanging on the edge of their seats before a 90-degree, 245-foot drop. The coaster dives from zero to 130 kilometres per hour straight down into an underwater tunnel.