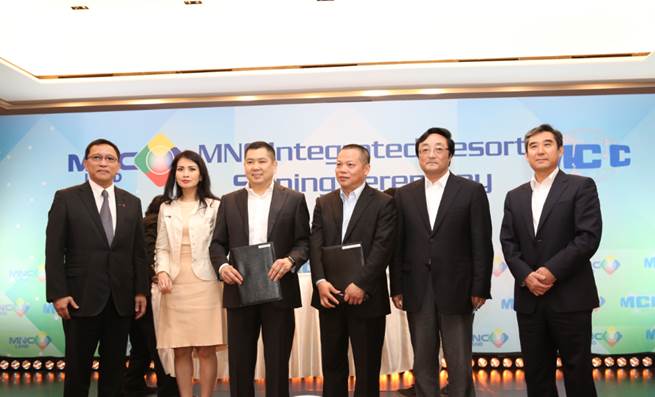 One of Indonesia’s leading property developers, MNC Land, had signed a framework deal with the China Metallurgical Corporation (MCC) Group, to design and build a world-class integrated theme park resort in Lido, Bogor.

The 55-acre resort will be a first for Indonesia and signifies a strengthening of ties between the two countries.

Hary Tanoesoedibjo, Founder and CEO of MNC Group, said the agreement showed his company’s commitment to giving the people of Indonesia ‘the very best in entertainment’:

“Today marks a pivotal step forward in the expansion of the MNC Group. Developing Indonesia’s first world-class theme park is a natural extension of our unrivalled strength as Southeast Asia’s leading media network.”

MCC has been involved in the creation of some of the world’s major theme parks including Shanghai Disneyland, Universal Studios Singapore and Chimelong Ocean Kingdom.

“Our mission is to ‘Build the world with heart’, and we are thrilled to partner with MNC Land to build this iconic destination, ” commented Guo Wenqing, Chairman of MCC Group.

California-based Opak Creative has already embarked on the schematic design works. An immersive world of magic and adventure, the park will feature a variety of thrill rides and adventures interwoven with original stories and themes from Indonesia’s rich cultural heritage.

The integrated theme park resort, which will include two hotels and an entertainment precinct, is just one element of MNC Land’s broader plan to develop a 3, 000-hectare lifestyle and entertainment hub. Work is already underway to improve transport access to the new destination.