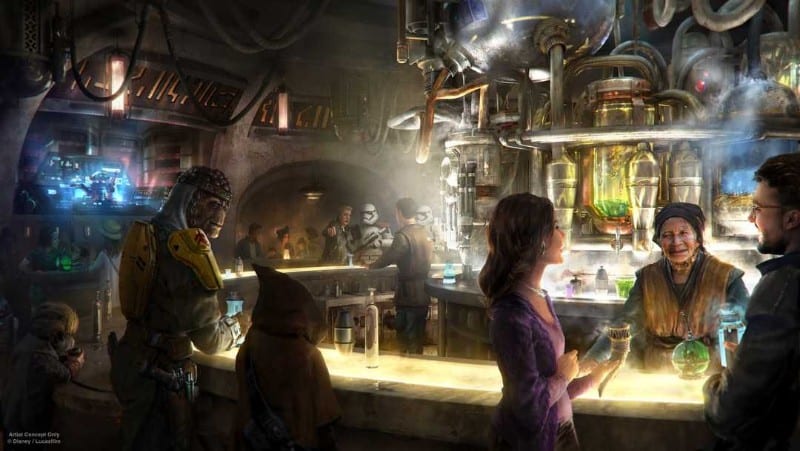 Oga’s Cantina will be themed to the iconic Cantinas that appear in Star Wars films including “Star Wars: A New Hope” and “Star Wars: The Force Awakens”.

The cantina will feature music and alcoholic and non-alcoholic drinks. Drinks will be served in “extraterrestrial vessels”.

It is the first time alcoholic beverages will be sold in Disneyland park since it opened in 1955.

Ken Whiting, a member of the International Association of Amusement Parks and Attractions board of directors, said: “You never know who you might meet in a Star Wars Cantina. Now you can find out.”

There is even a small throwback for fans – RX-24, the former droid pilot from Star Tours before its 2011 update, will be the cantina’s DJ.

There will also be a toy shop in the street market run by a Toydarian, one of the creatures from ‘Star Wars – The Phantom Menace’, where guests can purchase exclusive merchandise.

Six Flags announces line-up of new attractions across its parks