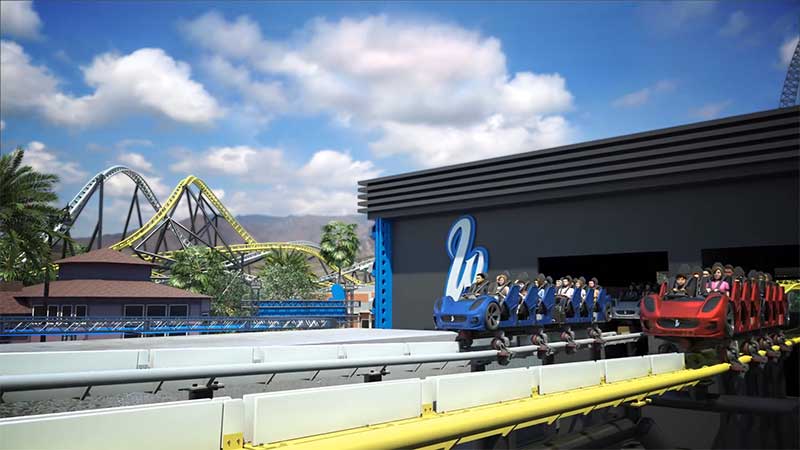 Six Flags’ parks across the country will see new roller coasters, family attractions, upgrades and rebrands for the 2019 season – the park has announced.

There will be new rides and attractions across the parks which are located throughout North America.

Six Flags Chairman, President and CEO, Jim Reid-Anderson, said:“Year after year, Six Flags raises the bar to deliver unparalleled, world-class thrills for guests of all ages. Our 2019 lineup is by far the most comprehensive package of innovative rides, record-breaking attractions, and superior guest benefits in the industry. The addition of five new parks greatly extends the company’s national footprint and gives our ever-growing Season Pass and Membership base more opportunities to visit our parks to experience the world’s biggest and most thrilling rides.”

Six Flags Magic Mountain will introduce West Coast Racers a racing launch coaster. It will bring the park’s total number of rollercoasters up to 20.

Six Flags Discovery Kingdom is launching its most innovative coaster yet, called Batman: The Ride. The wing-coaster will feature six inversions and vertical free-falls.

Six Flags Over Texas is opening Lone Star Revolution. It will be a loop coaster standing 100 feet in the sky.

Another loop coaster is opening in La Ronde, Quebec. Called Chaos, the ride will send guests forwards and backwards around a seven-story loop.

Six Flags Great Adventure will open a pendulum ride called Wonder Woman Lasso of Truth. It will be 17 stories tall and reach speeds up to 75 miles per hour.

Another pendulum ride will open at Six Flags Over Georgia. Called Pandemonium, it will be 15 stories high and reach speeds of up to 70 miles per hour.

Six Flags New England is opening a high-tech dark ride called Cyborg – inspired by the DC hero of the same name. The new attraction will spin and whirl guests in a 360 immersive ride experience.

A spinning pendulum ride will open in Six Flags Fiesta Texas. Called The Joker Wild Card, the ride will 17-stories tall and reach speeds up to 80 miles per hour.

In Six Flags St. Louis a SUPERGIRL attraction is opening. It will raise riders on a giant arm and send them on a high speed spin in the air.