Super 78, the award-winning attractions design studio, has announced the debut of its new show at Moody Gardens in Galveston, Texas, which uses Microsoft Surface Studio to bring a host of new characters to life.

Super 78 is pleased to announce that 20,000 Leagues Under The Sea: An Interactive Adventure is now open at Moody Gardens. This is the latest show powered by the company’s real-time animation system, Geppetto. This proprietary software was developed on Microsoft Surface Studio 2.

The innovative partnership between Super 78 and Microsoft was on show earlier this year at NAB (the National Association of Broadcasters trade show) where Microsoft highlighted Geppetto on its booth. It also recently published a case study exploring how Microsoft Surface Studio has helped Super 78 to bring characters to life.

Floyd Norman is a Super 78 collaborator and former Disney animator. He uses Microsoft Surface Studio for the whole animation process, from concept to initial sketches to production.

“What Super 78 is doing with real-time animation for themed entertainment is really revolutionary, and we’re excited that Surface has played a role in their overall digital transformation. The creativity and innovation we see in Super 78’s story really resonated for us,” says Megan Solar, Director for Microsoft Surface.

Brent Young, Super 78’s Creative Director adds, “What the Microsoft Surface Studio has provided us is a high-tech UI solution to our very high tech animation system. It’s really been a game-changer for us with a technology that we have been developing for the last decade.”

Super 78’s Geppetto-powered live interactive character experiences can be found all over the world, including Donkey Live! at Universal Studios Singapore, The Smurfs Village Playhouse at Motiongate Theme Park in Dubai.

This autumn, the Television Academy also featured Geppetto at two of their Emmy events. Dina Benadon, CEO of Super 78, says: “Today’s consumers expect immersive experiences in everything they do and we created Geppetto to deliver on that expectation with some of the world’s most beloved animated characters. The fact that we were recognized by the Microsoft Surface team as innovators makes me very proud of the millions of smiles we have delivered around the world with Geppetto.” 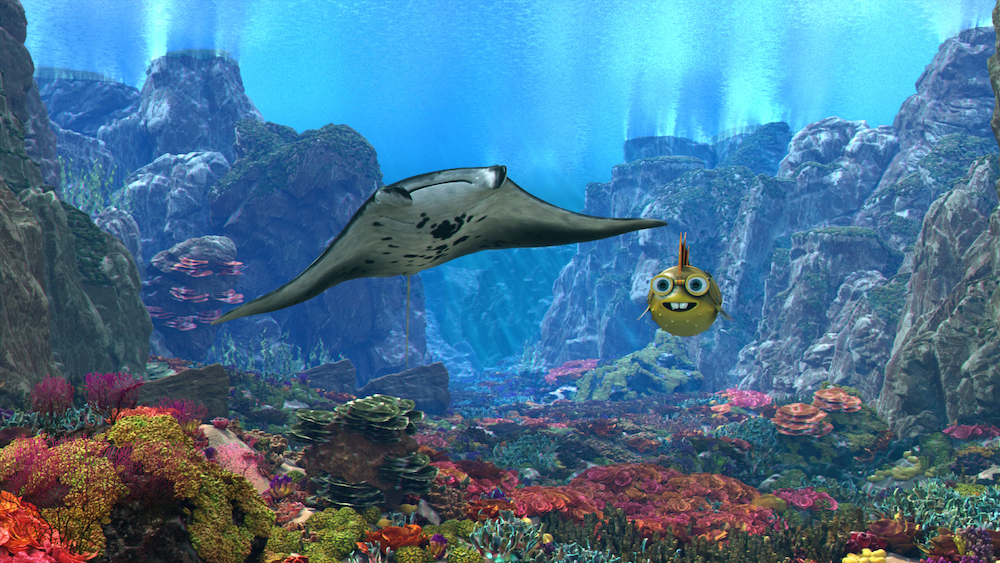 20,000 Leagues Under the Sea: An Interactive Adventure is now open for visitors to enjoy at the popular Moody Gardens, and includes a host of original characters created by Super 78. This new show takes over from the award-winning SpongeBob SubPants Adventure.

In the show, guests embark on an adventure aboard an upgraded Nautilus submarine, where they get to be a part of the crew and meet some unusual characters. The mission is led by a robotically-enhanced pufferfish named Deep, who is helped by two robots, Echo and Torque. Guests help by choosing the destination and taking pictures of their encounters.

This immersive experience features 3D media on the main screen plus extra 4D sensory elements, such as dripping water, bursts of “steam,” playful aromas and more. “Guests travel on a magical adventure and are entertained by the variety of undersea characters we have created for the show,” says Young.

To add extra laughs, Super 78 turned to accomplished screenwriter Bennett Yellin (“Dumb and Dumber,” “Stuck on You”). “When creating an interactive attraction, it’s important that the characters in the story connect in the right way with the audience. Being able to bring in someone like Bennett with his Theatrical Feature background was a big win for us and the show,” says Young.

Geppetto allows a single performer to control all aspects of the full-sensory experience, including show control and every 4D element. “We are thrilled to be debuting this new interactive adventure in our Audience Recognition Theater at Moody Gardens,” says John Zendt, Moody Gardens President and CEO. “It is always a treat to be able to see the reactions of the audience to things happening in the show, especially when they have a role in how the story plays out.”

“Geppetto’s ability to ensure that no two shows are ever alike created simply amazing — and highly repeatable — guest experiences. Our partners at Moody Gardens understand how important this is and we are so happy to be working closely once again with John Zendt and his amazing team,” says Benadon.

20,000 Leagues Under The Sea: An Interactive Adventure will be available for licensing starting this week at IAAPA Expo 2019. Super 78 also recently announced that it had promoted Paul Washburn to Head of Development at the studio, and welcomed back Kate Crandall as Head of Production. 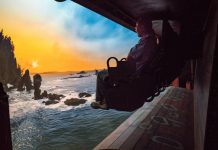