The world’s highest Ferris wheel will be constructed in Kuala Lumpur as part of real estate development that will include a mall, hotel and office space.

The Skywheel will be built 200 metres above ground on the crossbar between two towers forming a giant H shape and will take the form of a giant watch.

The development, from Malaysian real estate firm M101, was designed by Studio FA Porsche, a subsidiary of the German car maker, and will be constructed by China Railway Construction Corp on a $214 million contract. Work is due to be completed in 2021.

The two towers will be 316 metres tall, with a total floor space of 200,000 square metres. They will incorporate Asia’s first Planet Hollywood Hotel with a rooftop pool as well as office and retail space. The basement of the building will include an MRT station, providing access to the city’s transport network. 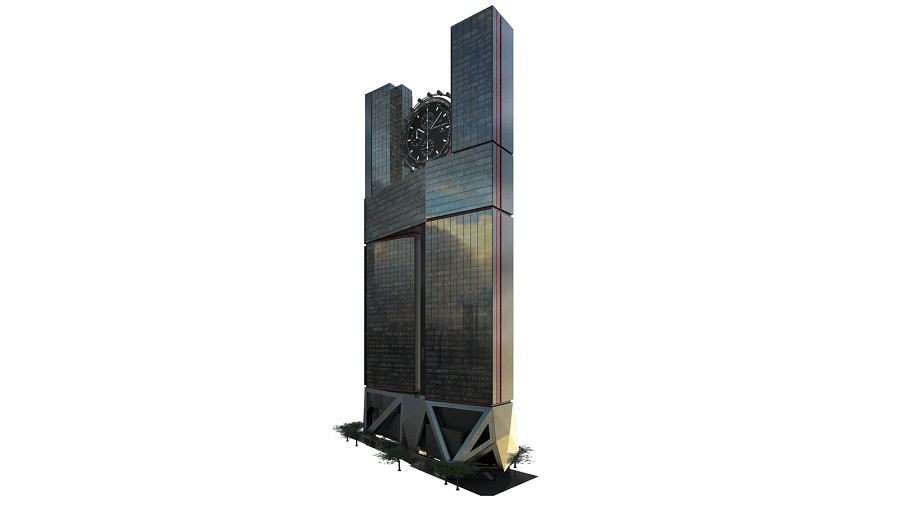 Describing the design, Studio FA Porsche states on its website: “For our approach we applied local Malay design elements through a functional and thoroughly modern lens, turning traditional patterns into bold and new imagery.

“Three signature elements help define the building: its red meridian stripe, the reflective black glass and the titanium pedestal, which elevates the building and instills a sense of presence. Each element operates individually and complementarily to form one grand design.”