Prior to launch of the INSIGHT 4K HFR 360 projector, 3D technology suffered from a significant immersion limitation. Each user was seeing exactly the same image, regardless of where they were positioned.

Digital Projection‘s single projector solution offers multi-view 3D projection with ultra-fast frame rates. Each viewer is tracked and has a view of the image that remains appropriate to their changing position. This allows users to see and interact with each other in a shared collaborative manner.

The new INSIGHT 4K HFR 360 offers both native 4K and high frame rate. Instead of providing 120 frames per second, which is enough for single user 3D, the projector delivers an unrivalled 360 frames per second at native 4K resolution. Previously, the ultra-fast frame rates required for a multi-viewer 3D system have meant sacrificing resolution – and therefore image fidelity.

This enables content creators to serve three independent, high-resolution 3D views with just one projector. Furthermore, the addition of a second projector to the system increases the unique user 3D views to six. 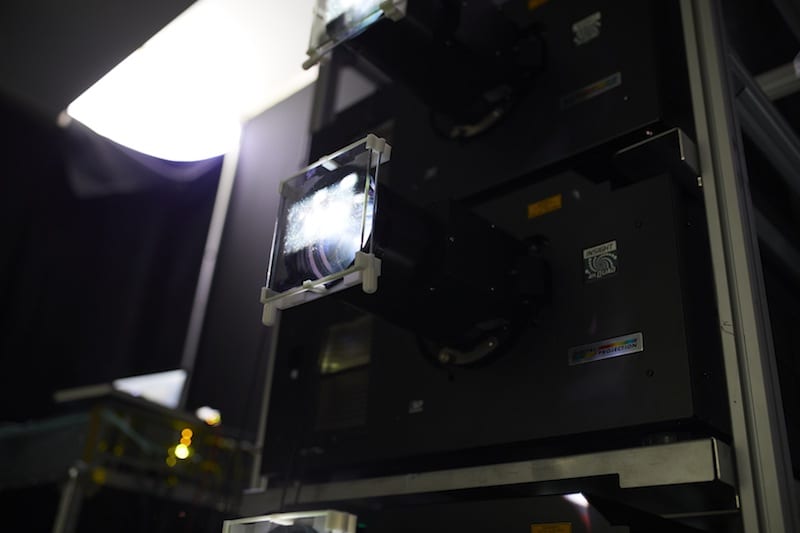 The possibilities for this technology are endless, says Digital Projection. Other than visualisation applications and virtual rides for theme parks, museums may wish to offer virtual tours. Thanks to a personalised, pin-sharp view for each user, everybody can follow the explanations of the guide from their perspective.

To ensure the projector can be integrated into each installation with ease, the INSIGHT 4K HFR 360 works with industry standard synchronisation signals for 3D active shutter glasses. A collaboration with a specialist manufacturer has led to glasses that can switch between the black and transmissive states in around 200µs – three times faster than other commercially available glasses.