Puy du Fou has announced a successful 2018 and new investments for the year ahead.

Puy du Fou will also open its first venture in Spain – a night-time show telling the history of Spain will open in Toledo.

The new attraction will be called ‘Le Premier Royaume’, and will use elaborate sets and special effects to tell the story of France during the Roman Empire.

The 20-minute walk-through experience features 14 different fantasy worlds which include Attila’s Huns, the Mérovingian palace and the world of Valhalla. 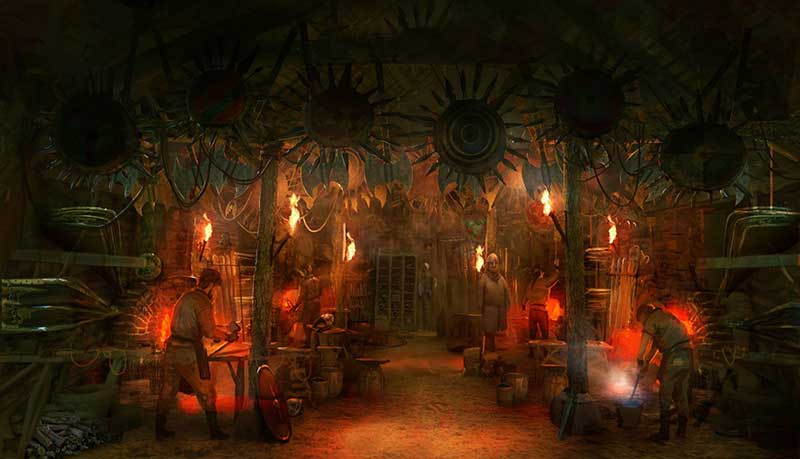 The entrances to the Grand Parc will also be replaced with a new design and more efficient entry system.

Puy du Fou has also announced a collaboration with Warner Classics to launch an album collection of the best music from around the park. The album launched on December 7th.

Puy du Fou saw an increased number of visitors in the last year – and those visitors are staying longer. The number of 2 and 3-day tickets increased by 7% and 15% respectively. The occupancy rate was record-breaking at 87%.

In the 2018 TripAdvisor Travellers’ Choice Awards, Puy du Fou fared well – the top attraction in France and Europe, and the 3rd most popular attraction in the world.

Puy du Fou has thrived by being different. Its world-renowned shows have catapulted the family-run business in rural France into the position of the nation’s number one park after Disney.

Each year, from April to September, over two million people (2.26m in 2017) come to see thousands of performers, or ‘Puyfolais‘, bring history to life. Puy du Fou’s (pronounced “Pwee du Foo”) offer is so remarkable, and its team so committed, that no one has copied it with any notable success. The park has won fans far and wide and receives weekly requests to develop new projects around the world. After giving birth to two additional shows in Europe, a new park is on the way soon to Spain. At least one Chinese project is on the horizon too.