Blooloop partnered with AVIXA on June 13 to present an education session highlighting trends in lighting and projection in the attractions sector.

The speakers brought  a wealth of experience in projection mapping to the session,  Trends in Display and Light Technology at Attractions.

The first speaker was Chris Axford, Digital Projection‘s International Sales & Marketing Director. Chris give an overview of the evolution of projection technology. He asked “why do we still need projectors”? He also highlighted two future concepts that have particularly interesting potential for attractions. 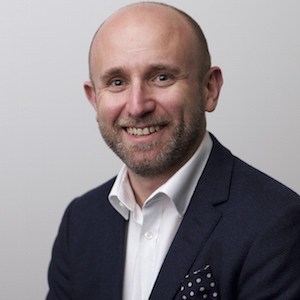 The first is currently under development at Digital Projection. It is a projector with the head separate from the light source. This means that the bulky light source and and noisy cooling mechanism can be placed at a distance from the image (and, importantly, the visitors).

The second is called Multiview. This is a project being run with the Bauhaus University Weimar. Multiview allows a number of different 3D images to be viewed at the same time on the same screen. The 3D glasses worn by the viewer determines which particular image they see. This clearly has huge potential for attractions.

The next speaker was Bryan Boehme, who is Executive Director, Global Entertainment at Christie Digital Systems.  His presentation was entitled, The evolution of projection – advances in colour space.

Bryan started by asking attendees what comes to mind when we think about projection and attractions? Perhaps it was the projection mapping displays or the themed and immersive 3D dark rides? Colour is the key to making any installation memorable Bryan said.

He ran through advances in colour and the technologies making this possible. He highlighted Christie’s work with Bart at Universal Studios Japan. The spectacle incorporates artistry, talent and storytelling.

The difficult bit about this project was that it needed mapping onto a moving figure. The robot Optimus Prime, “stands up every two and half minutes and then fights with a driller robot”.

In conclusion, Bryan said that RGB pure laser gives technologists “new power” and that “HDR is the next level for all of us”. He also emphasized the importance of repeatability.

The art of projection

The final speaker was Bart Kresa. The founder of BARTKRESA studio,  Bart is a Master Projection Designer. He has who has worked with major brands and entertainment companies across the world. These include Universal Studios, Disney, ABC, HBO, Warner Bros and The Grammy Awards. He talked about the art of projection, both now and in the future. 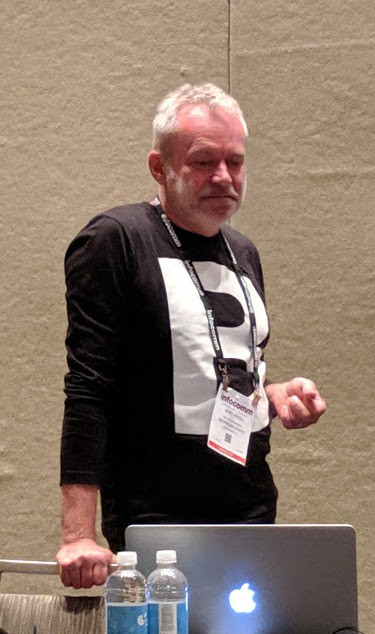 Bart started in the business 30 yrs ago. He said, “Sound is more important than visual. Even though I’m a visual designer, the eyes can be conned If the image is bad. However, when the sound is bad we get a bad experience”.

What he loves about projection mapping is that it, “transforms a space, it is so bright the experience is almost physical”.

Bart also talked about his 5-metre tall projection sculpture, Sviatovid. On display during InfoComm, just as it was at ISE in Amsterdam, Sviatovid is tBart’s follow up to his iconic Shogyo Mujo installation.

In summing up, Bart said that, he “tries to get those jobs that enable me to make an audience happy. Because that makes me happy”.