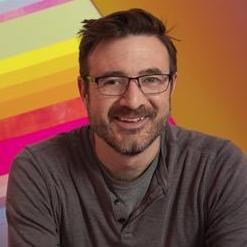 Vince Kadlubek co-founded that rare thing: Meow Wolf is an arts complex that captured the public’s imagination so much it became a profitable business. Built on the site of a former bowling alley in Santa fe, New Mexico, Meow Wolf debuted The House of Eternal Return in 2016. Non-linear storytelling is key to the experience at this award-winning attraction, which also stages after hours concerts, parties and events.

“There are museums, children’s museums, and there are themed rides at Disneyland,” says Kadlubek. “But nobody else is just letting people explore. Everyone says they are attracting all demographics. But we actually do.”

Meow Wolf has been described has an innovative, 21st Century take on an amusement park fun house. The team behind the attraction recently re-invented another carnival classic. Kaleidoscape is a psychedelic dark ride that has freaking out visitors to Elitch Gardens in Denver, Colorado, since April 2019. The attraction serves as a precursor to a $30 million permanent art exhibit that will open in the city in late 2021. Meow Wolf is also planning ‘artainment’ experiences in Las Vegas, Phoenix and Washington DC.

In October, Kadlubek announced that he was stepping down as CEO, but will continue as executive advisor to Meow Wolf. Sharing the role of chief executive will be Ali Rubinstein, Carl Christensen and Jim Ward. Also helping continue the collective’s mission will be Game of Thrones author George RR Martin, an early Meow Wolf backer who has now been appointed its ‘chief world builder’.