American Dream‘s indoor ski park Big SNOW is on track to open this week, with tickets for the 180,000-square-foot snow center already on sale. The retailtainment attraction is operated by SNOW Operating.

Big SNOW American Dream, the first indoor, real-snow ski and snowboard centre in North America, will be opening at 3pm on Thursday, December 5.

It will be open from 10am to 10pm every day thereafter. To buy tickets, visitors can head to the Big SNOW website, where they can purchase a ‘Slope Access Ticket’ or the ‘SNOW Day All-Inclusive Package’.

“There seems to be a lot of interest in what we’re doing, with guests reaching out daily asking about how and when they can buy tickets.

“Launching our ticket sales is a major milestone and brings us one step closer to welcoming guests to year-round winter starting on December 5.”

Big SNOW boasts four acres of snowy slopes, a 160-foot vertical drop, a graduated degree of pitch, and 1,000 feet of length for skiers of all ages and skill levels. 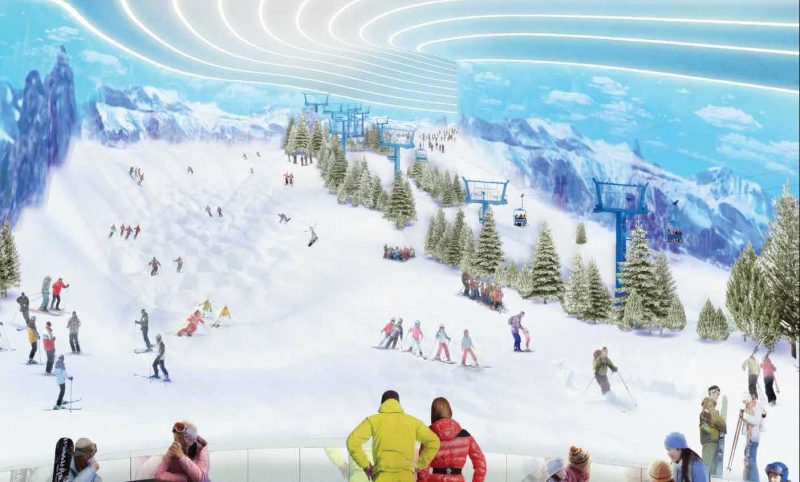 The second phase was originally set for November 27 with DreamWorks Water Park. However, the opening was postponed, and the new date is still to be confirmed.

Opening as part of the third phase on December 5 is Big SNOW. The fourth phase is scheduled for March 2020, with shopping and dining destinations, an Observation Wheel, and the New Jersey SEA LIFE Aquarium.