Bloomberg has named Bob Chapek the most likely candidate to succeed Walt Disney CEO, Bob Iger, when he finally leaves the company in July 2019. 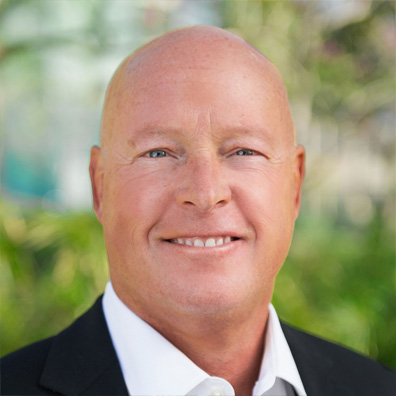 The head of the parks and resorts division has been on a roll, boosted by the performance of Shanghai Disneyland which exceeded 11 million visitors in its first year.

In Disney’s year-end report, Chapek’s business is the only one among four major units to show an increase in sales and profit.

In July, Bob Chapek (left) announced a raft of new parks projects including a Star Wars-themed hotel in Orlando as well as Marvel superhero rides in Anaheim. Disney recently announced that it will be expanding its investments in the parks by about $1 billion.

Chapek has been at the company for 24 years. Before that, he worked in marketing at H.J. Heinz Co., and at advertising agency, J. Walter Thompson.

Since joining Disney, he has served in a number of roles in the film studio and consumer products.

According to Bloomberg, Chapek’s well-rounded experience makes him an appealing option for a company with so many strings to its bow.

Something else in his favour is that a number of potential candidates for Iger’s job have left the company including Chief Financial Officer, Jay Rasulo and former parks chief, Thomas Staggs.