Disney has filed permits for the upcoming Guardians of the Galaxy: Cosmic Rewind attraction at Epcot.

Although construction at Walt Disney World has been halted, progress is still being made on the Guardians ride in Epcot as new permits have been filed.

The new Guardians of the Galaxy attraction will be located in Future World, in the park’s first ‘other world’ showcase pavilion. This new pavilion will be ‘sponsored’ by the Xandar planet, and so visitors will be able to learn about the culture and people of Xandar.

Three new permits have been filed for the installation of Lighting Controls – Low Voltage Terminator, graphics, entrance and set structures, and to fabricate and install pieces. These new permits suggest that designs for the ride are finalised and the contractors have been chosen. 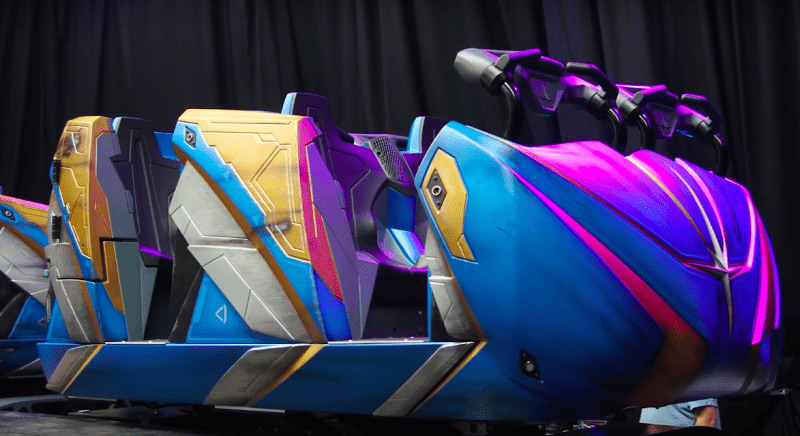 Guardians of the Galaxy: Cosmic Rewind will use a groudbreaking ride system. The vehicles will rotate 360 degress, and the attraction will feature the first reverse launch on a Disney coaster.

Using an OmniCoaster ride system, the individual vehicles will rotate to focus on specific parts of the story, fully immersing riders in the story. This ride will also be one of the longest indoor roller coasters in the world.

There will be several new rides and attractions as part of Epcot’s transformation. A Ratatouille ride will be coming to the France pavilion, a Mary Poppins attraction will come to the UK pavilion and Spaceship Earth is being renovated. Furthermore, a new attraction based on Moana called ‘Journey of Water’ will be built in the park.

The Guardians of the Galaxy: Cosmic Rewind attraction is planned to open in 2021 for the 50th anniversary of the Walt Disney World Resort.