Attendees are invited to discover more at the MMI booth #1069.

According to MMI, its MX4D® Flying EFX Theatre adds a new level of thrill to the industry favourite. The company’s four-seat bench glides forward to allow riders’ feet to dangle perilously over the edge. 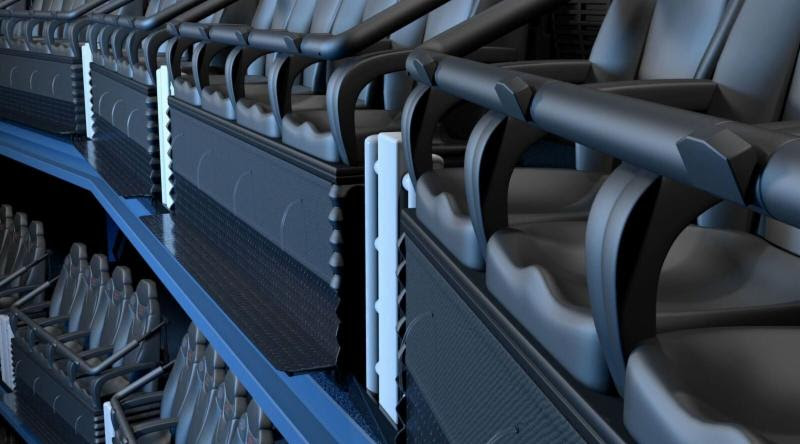 Combining MX4D Motion EFX technology with state-of-the-art projection and sound, fliers are immersed in what MMI describes as ‘an experience unparalleled in the industry’. The Full Dome Pro screen surrounds viewers with Alpha Flight, the latest film from Super 78.

“We wanted to approach our version of the flying theatre with cost, simplicity and safety in mind,” explains the company’s CEO, Dan Jamele. “As opposed to needing complicated mechanisms to lift riders or tilt a platform, our unique system packs a punch in the smallest possible space.” “Teaming up with MMI has allowed us to bring our games into a new dimension,” confirms Pete Blumel, CEO and Creative Director of Rogue. “Utilizing their MX4D bench and EFX, player’s smell, see and feel the virtual world around them as they fight for the highest score.”

Archangel is an award-winning Virtual Reality (VR) game from Skydance Interactive. The action game puts players in the cockpit of a six-story mech and is the perfect fit for the MX4D bench system.

IAAPA also sees the debut of MMI’s MX4D ESports Motion EFX Theatre for attractions. ‘Stow and Go’ versatile gaming stations are combined with a MediaMation MX4D theatre. The solution aims to deliver a unique way to raise attendance and revenue within any existing venue.

“ESports worldwide revenue is expected to reach $1.5 billion! We want to help parks capitalise on the growing trend,” comments Jamele.