The pair of TRON Lightcycles are now on display to guests at Magic Kingdom’s Tomorrowland, providing an opportunity to view the vehicles for TRON Lightcycle / Run. 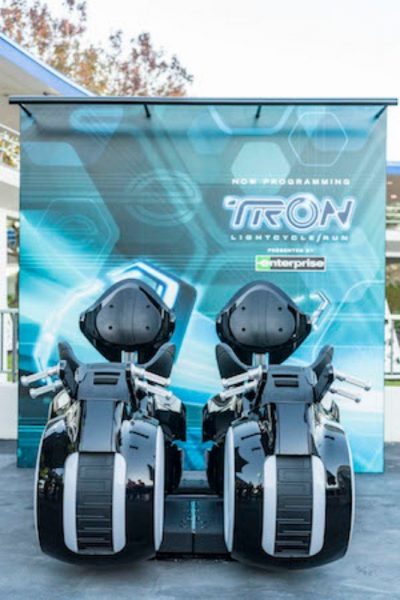 TRON Lightcycle / Run riders will board a train of two-wheeled Lightcycles for a ‘thrilling’ race through the ‘digital frontier’.

The TRON Lightcycles are located in a new area near Space Mountain, and guests are able to sit on the vehicles for photo opportunities.

Walt Disney Imagineering previously shared a video, which you can watch below, providing a behind-the-scenes look at the new ride.

Meanwhile, Star Wars: Galactic Starcruiser is debuting in 2021 at Walt Disney World Resort, and Cirque du Soleil has unveiled the name and premiere date of Drawn to Life, the new production opening at Disney Springs in April 2020.