The amusement industry woke to the sad news on Monday 14th June that
Will Koch, president of Holiday World and Splashin’ Safari in Indiana
had passed away the night before.

We at Blooloop had reason to be grateful to Will as a valued contributor to our blog, 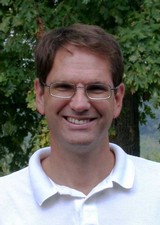 Bemusement. He wrote about the challenges faced and rewards gained at the helm of a popular theme park. I remember thinking that here was a true Renaissance man: an engineering graduate with a Masters in computer science running a successful, independent amusement park, who wrote with skill and apparent ease and was kind enough to take the time to contribute when he no doubt had a whole bunch of more important things on his plate.

Holiday World is a family theme park in two senses, in that it is owned and operated by members of the Koch family and in that it targets and markets itself to families. Will shared his thoughts with readers as the park moved into the dormant season. He wondered about how the downturn in the economy might affect attendance. It also shone through in his writing that whilst he was clearly an astute businessman (you don’t triple attendance in 15 years without being very smart) he was determined to run the park along the lines set down by his father Bill and mother Pat , his parents having taught him “about how to treat others, and how important it is to respect employees, vendors, peers, and customers”.

A park man through and through, having started working at Holiday World at age 11, and having performed a variety of roles including costume character elf (complete with green tights) to roller coaster designer and, for the last 20 years, president, Will saw himself as “richly blessed in his life”. Although he was taken from his family tragically early, he has left a great legacy in the enormous warmth with which he was regarded and of course in the laughter and smiles of the millions of people who have enjoyed and will enjoy visits to Holiday World.

Many have commented (via Twitter) on the news of Will Koch’s passing and a few of those comments are highlighted below, together with a link to Will’s posts on Blooloop’s Bemusement blog. Our sincere condolences go out to his family and friends and those who had the privilege to work with him.

In lieu of flowers, the family have asked for donations to be made to the Lincoln Boyhood Drama Association (www.lincolnamphitheatre.com/History_Mission.htm) or the Juvenile Diabetes Research Foundation (www.jdrf.org)

Will Koch’s posts on Bemusement

The Economy and Regional Theme Parks / Off Season – Free, Unlimited Bon Bons / Focusing on Families / Living the Tradition: notes from a Family Owned and Operated Theme and Water Park

A very sad day in the amusement world, with the sudden death of @holidayworld’s Will Koch. A truly decent and insightful man and pro.

RIP Will Koch…you made @HolidayWorld one of the best parks in the world.

Can anyone name a nicer and more well respected guy in the amusement industry than @HolidayWorld’s Will Koch? I don’t think so.

Still in shock from the death of #willkoch i will miss his splashing commercials… and the back slapping at the pilgrim cafe.

And in the surrounding community, and all who knew and loved him. Long live @HolidayWorld and everybody’s friend, Will Koch!

Today our thoughts are with @HolidayWorld. May you find comfort in each other as you mourn the loss of your leader and friend.

Sincere condolences to the family of Will Koch. His legacy is seen in the smiles on everyone that passes through @HolidayWorld.

Will Koch went to heaven with expansion plans to handle the bigger crowds. God bless you all.

@HolidayWorld Absolutely fantastic day at the park right now. I’ve seen many more smiles than usual. Will would be happy. 🙂