Expressions of interest (EOI) sought for the $100 million plan to revitalize the Northern Australian capital with a world-class water theme park.

Darwin’s new water theme park is a stage closer to realization. The preferred site for the project is at the Stokes Hill Wharf area. Expressions of Interest are being sought to build and operate this new international-standard water theme park in the Darwin central business district.

“The Darwin water theme park is part of our wider plans to boost our business and tourism assets while creating substantial employment opportunities for locals,” says Chief Minister Michael Gunner. “This new development on the Stokes Hill Waterfront will improve the existing waterfront precinct.”

The integrated water theme park development is thought likely to include a mix of entertainment precincts and public open space. There will be a range of accommodation options alongside food and retail outlets. Recreational activities will be a large part of the package. However the successful applicant is likely to offer their own unique offerings and ideas.

What is certain is that the park will include public walkways that will allow uninterrupted public foreshore access. 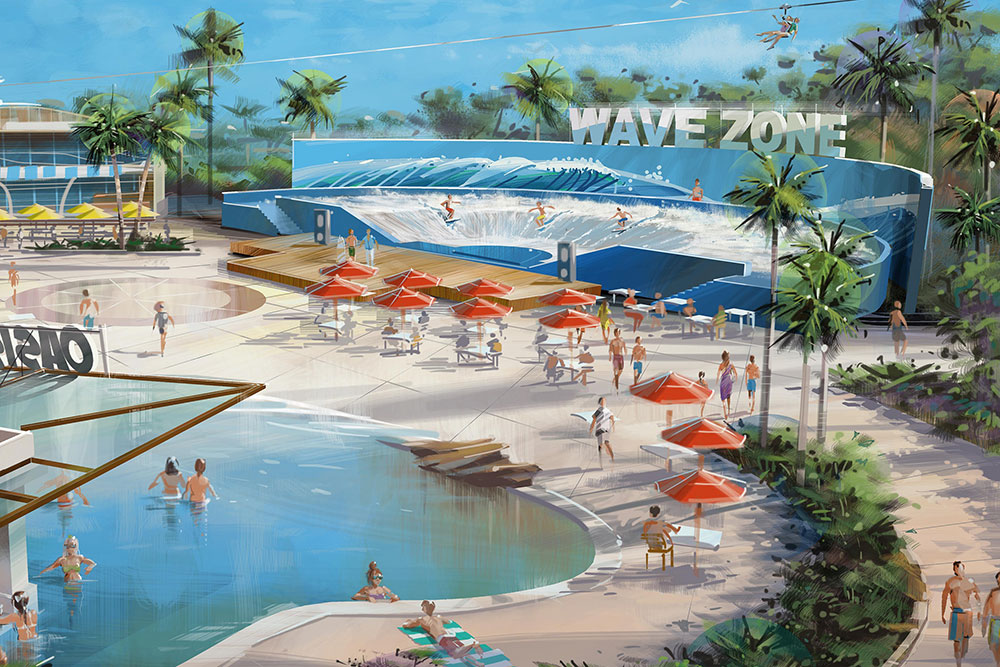 Last year the government invested $500,000 for a feasibility study into the project. Pico Play reviewed the potential appeal of the a waterpark development, and concluded it would make a commercially attractive proposition for a private sector investor.

The government is allocating an additional $1.725 million to support the delivery of the project through a competitive process.

Gunner says the park will be both a world-class tourist attraction and a fun facility for the local community. It is, he adds, bound to unlock further private investment. The plan is to strengthen the Darwin CBD, to stimulate and unlock investment and to boost local jobs, both directly and indirectly.

“My Government’s number priority is creating local jobs,” says Gunner. “Facilitating exciting private sector projects like this water theme park will do that.” The aim is to leverage private sector investment – with private investors both building and running the theme park.

“Done well, an international standard water theme park will encourage tourists to visit the Territory and stay longer, as well as improve the liveability of Darwin for locals,” he continues.

The water theme park is one part of a $100 million plan to inject new life into Darwin’s central business district. The aim is to make Darwin a world-class tourism destination. Talks with the Federal Government to match funding in a Cities Deal are apparently progressing well.

“We are not waiting – we are getting on with revitalising Darwin CBD,” says Gunner. “By investing in social and tourism infrastructure we will grow the Territory’s population, boosting the economy and creating jobs.”

The EOI will close on 22 August 2018. Full information can be found at business.nt.gov.au/waterpark.