Leading water attractions company, Polin Waterparks, has received a galaxy of European Star Awards for the sixth year in a row.

Polin’s already much-decorated King Cobra waterslide was a winner for the fourth time in six years. This year it was the installation at Aqualand Frejus in France that got the top spot in the ‘Europe’s Best Water Slides’ category. Aqualand Frejus was the first park in France to open a King Cobra slide.

King Cobra was seen as a game-changer from the off. It was the world’s first waterslide that boasted theming built directly into the fiberglass. King Cobra, in its original design, features bold red, black and white scales that create a dramatic veneer over both its exterior and interior surfaces. However, the 50 ft tall slide is fully customisable and can be tailored to reflect a park’s own theming.

All in all, the Turkish company scooped a total of seven awards in conjunction with its partners. 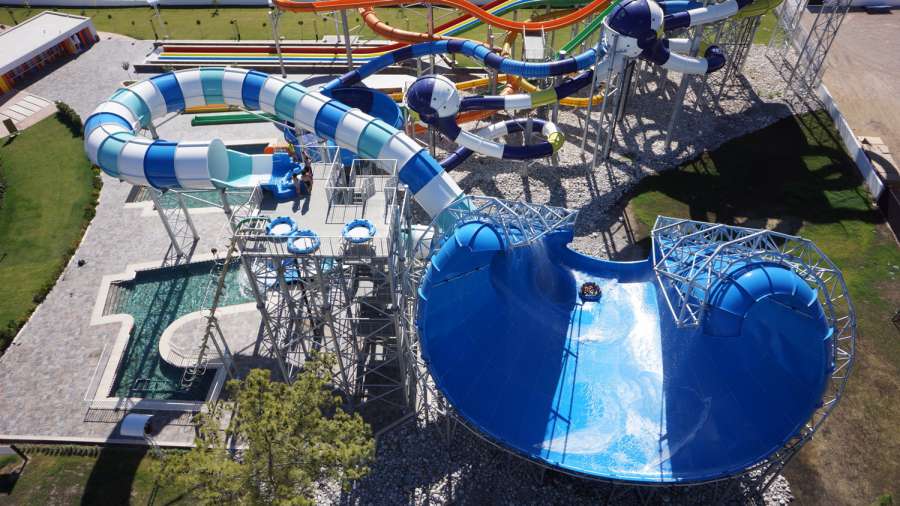 “We truly owe a debt of gratitude to the park owners who put their faith in us to deliver waterslides that create such dedicated fans – fans who come back over and over to be able to experience our rides,” commented Sohret Pakis, Director of Marketing and Communications for Polin, who accepted the award. “We rely on our partners to help us continually innovate our products to meet their and their guests’ highest expectations. We congratulate them all and all the winners.”

Award-winning Polin slides in the ‘Europe’s Best Water Slides category were: King Cobra at Aqualand Frejus in France, Surf Safari at Rixos Premium (above) in Turkey, Space Race at Oasis Waterpark in Turkey and the Super Combo at Aqua Fantasy in Turkey.

Winners featuring Polin slides in the ‘Europe’s Best Waterparks’ category were: Aqua Fantasy and The Land of Legends, both in Turkey, as well as Istralandia in Croatia.