Cincinnati Zoo is raising money to fund its ‘Roo Valley’ project. The attraction is selling personalised pavers as part of its ‘More Home to Roam’ campaign.

The funds raised will be used to build better homes for animals, as well as a better zoo for visitors. The ‘More Home to Roam’ capital campaign was launched in 2018.

It came after a $50 million donation from local philanthropists Harry and Linda Fath, bringing the zoo a third of the way to its $150 million goal.

The donation has already paid for a new entry, an expanded elephant yard, repairs to the Elephant House, more ticketing windows, and habitat upgrades.

New expansion is scheduled to open in 2020

The engraved bricks will be installed near Roo Valley, set to open in 2020. They will be placed on the walkway, which leads up to the new home for little blue penguins and kangaroos.

“We opened up paver sales to our donors and members last week so they would have the first opportunity to leave their mark on this special place,” said Cincinnati Zoo Director, Thane Maynard.

“Our goal is to sell 1,000 bricks, and more than 300 have already been purchased during the member pre-sale!”

Roo Valley to include adventure course in the treetops 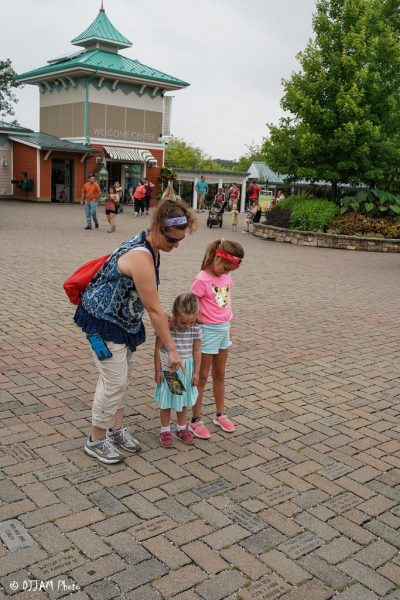 The pavers, which cost $295, can be inscribed with family names, company names, messages, and remembrances.

The new Roo Valley will feature a two-level adventure course in the treetops at 25 feet high. It will boast 60 activities, as well as a 15,000-square-foot kangaroo walkabout.

There will be a new home with underwater viewing for little blue penguins, as well as a new, multi-tiered beer garden, called Hops, for guests.

Hops will be added behind the Watering Hole food and beer station, with views of Roo Valley.

COST of Wisconsin, Inc. has been involved in several exhibits at the zoo over the past decade, developing artificial rockwork, simulated trees, vines, earthen textures and sculptures. The project team’s work on Africa was recognised with an AZA Significant Achievement Award in 2017.

COST of Wisconsin, Inc.
Enjoying this article? Leave a comment