According to WGHP (via abc), the expansions will take place over the next five years, joining the current areas of Africa and North America.

Costing $46 million, construction of the Asia section is expected to begin in early 2020, scheduled to open for the 2023 season. It will include tigers, red pandas, and Komodo dragons, as well as a new cafe seating up to 300 people. 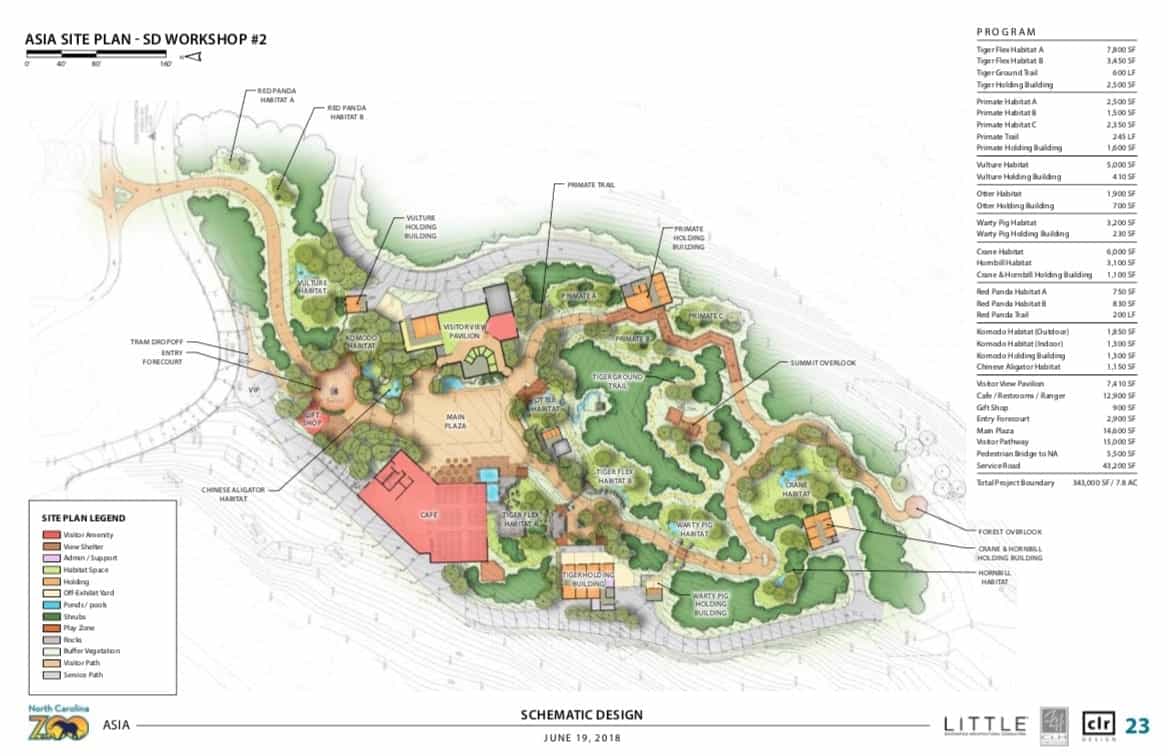 North Carolina Zoo is still asking for an $20 million in funding to help complete plans for the Australia project, which will follow the Asia expansion.

It will feature an aviary of Australian bird species and an exhibit dedicated to kangaroos.

Gerry Parker, director of planning and construction, hopes the new expansions will make the NC Zoo a multi-day destination for guests.

North Carolina Zoo has a history of conservation

The North Carolina Zoo aims to protect wildlife and conserve the natural world. From vultures and gorillas to endangered plants and amphibians, the zoo has been involved with the conservation of animals in the wild for over two decades. More than 1,800 animals reside at the zoo. They live in habitats representing two regions. These are Africa and North America. There is also a global desert and a tropical, free-flight aviary.

With 500 developed acres in the heart of North Carolina, the attraction is the world’s largest natural habitat zoo. It is also one of the two state-supported zoos.

Elsewhere, CEO of San Antonio Zoo Tim Morrow recently spoke to Blooloop about the attraction’s visionary masterplan, his lifelong love of animals, his original career path and how he deviated from it, the zoo he joined in 2014 and its laudable conservation initiatives.