Construction has begun on the new visitor entry and state-of-the-art shark habitat at Georgia Aquarium.

Lead designer on the project is PGAV Destinations, the St. Louis-based firm specialising in the planning and design of unique destinations.

Known as Expansion 2020, Georgia Aquarium’s exciting new addition will add tens of thousands of squarefeet to this popular destination, by extending the main entrance into the plaza and featuring brand new digital signage. The redesigned entryway will provide a comfortable and covered queue area for guests, while also introducing a separate entrance for field trips and classes via Baker Street.

Visitors should know that the regular entrance to the Aquarium is open and will remain uninterrupted throughout the construction process, even though demolition has been underway on the exterior of the building for several months.

“This will be one of our largest exhibits and one of the largest expansions we’ve done in our history,” said Georgia Aquarium’s President and COO, Joe Handy. “We’re thrilled to be offering a grand new entrance that introduces our visitors to the wonder and awe of the Aquarium, and to bring them closer to one of the most important species of the world’s oceans.” 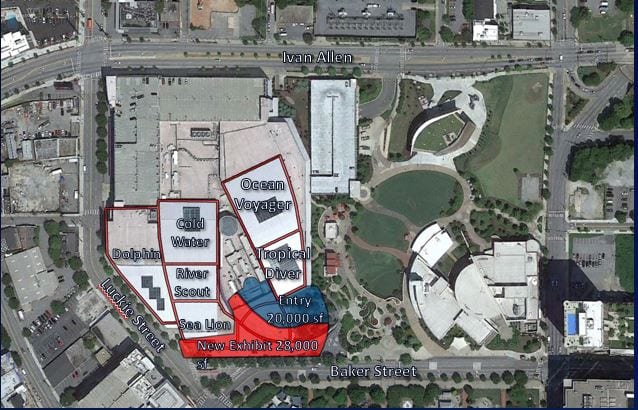 Once inside, guests will be able to explore a massive, beautiful new shark habitat, potentially home to great hammerhead sharks, sand tiger sharks, tiger sharks, and sandbar sharks. The new exhibit will inspire guests to have a deeper appreciation for the important role sharks serve in the oceans, and encourage guests to join conservation efforts around the world to protect our oceans.

The stunning saltwater gallery will feature floor-to-ceiling acrylic windows, giving guests expansive and immersive views of these incredible animals. The gallery, for which the name will be released closer to the expansion’s opening, will feature new animal interactions and state-of-the-art digital exhibits, providing a platform for engaging and easily-updated content.

“Sharks are one of the most misunderstood species in the ocean,” says John Kasman, Vice President at PGAV Destinations.. “The goal of the new shark habitat is to provide a fresh perspective on the vital role sharks play in our oceans’ health, and educate guests about the significant threats these animals face from overfishing and habitat loss.”

PGAV first designed America’s largest aquarium in the early 2000s as a grand addition to the City of Atlanta, led by the vision and generosity of Bernard Marcus.

The firm has since designed numerous additions to the Aquarium, including SunTrust Pier 225, the Cold Water Quest Gallery, Dolphin Tales, and many more. The Aquarium itself has received two Thea Awards from the Themed Entertainment Association (TEA), including Best Aquarium and Outstanding Achievement in Aquariums, as well as several other notable recognitions: 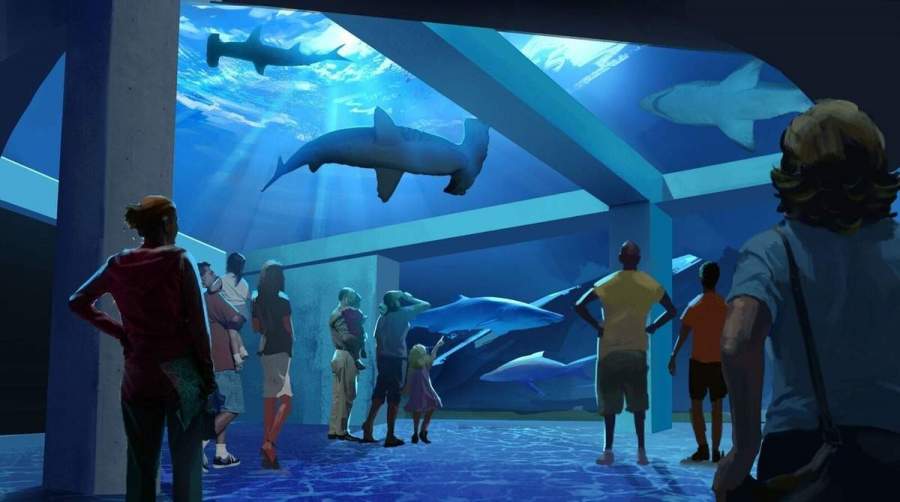 With more than two million annual visitors, Georgia Aquarium has contributed nearly $2 billion to Georgia’s GDP since it first opened. Opening in the fall of 2020, Expansion 2020 is anticipated to significantly increase both attendance and economic growth.