Stacey Ludlum concludes her review of innovation in zoos’

Zoo Innovation #5: The World is a Playground: Designing an Exhibit for Enrichment

Designing exhibits based on animal behavior might seem fairly obvious, but for many, many years, this was not how it was done. The images that come immediately to mind are the horrible steel bar fronted, concrete box cages of the earliest zoos. Certainly these were built to hold as many different animal species as possible since lifespans in captivity were so low and turnover was so great. Later in the mid-20th century, the focus changed to extending longevity, and the small concrete boxes turned into larger tile boxes, and in some lucky cases, small outdoor yards oftentimes still with concrete floors. These evolved into outdoor yards with natural substrates and some basic consideration to the animals’ natural behavior; i.e. primates like to climb, polar bears like to swim. Not until the late 20th century were exhibits regularly designed with any deep consideration to the animals’ natural behaviors.

Today, animal behavior-based design has evolved into full integration of enrichment opportunities. Now, we not only provide the physical space for animals to do what they want to do naturally, but we also are actively encouraging these behaviors through thoughtful and careful management. The habitats must help this management occur. Several innovative exhibits have recently been developed in which enrichment was the driving force behind the design, rather than the design being driven by something else and the enrichment had to make do with the physical space. Glacier Run at Louisville Zoo, Treetop Trails at Philadelphia Zoo, and Heart of Africa at Columbus Zoo each do this in ways that are unique to each specific zoos’ operational strategies and enrichment programs. 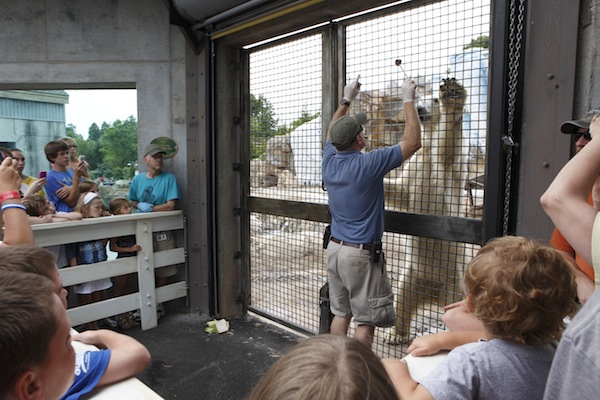 A final note on animal behavior and enrichment driving design: it is a great misstatement to believe that all captive animals would rather disconnect from the visitors. While it’s true that many animal species are extremely elusive, shy, and easily stressed by any novelty in their environment, especially other living beings including the guests, far more animal species find the safe, controlled interaction with guests to be extremely enriching. Guests act as enrichment. We are unpredictable in our arrival and departure times, in our shapes, sizes, color of clothing, and our demeanors. And perhaps more powerfully, we react to the animals. There have been many instances of animals working to get reactions out of guests.

I’ve personally watched as a polar bear carefully hid from view as a child walked up to the underwater viewing glass, waiting for the perfect moment to dive into the water and bang the glass, causing the child to jump and squeal. The orca who swam back and forth in front of the viewing glass where our group gathered for an afterhours party, stopping and wagging her head, trying to get our attention, finally resigning to splashing water with her tail until we all turned to look. The penguin who enjoyed following my finger as I ran it around the large viewing panel. We are oftentimes just as entertaining to the animals as they are to us. Removing us from the equation is not good design. 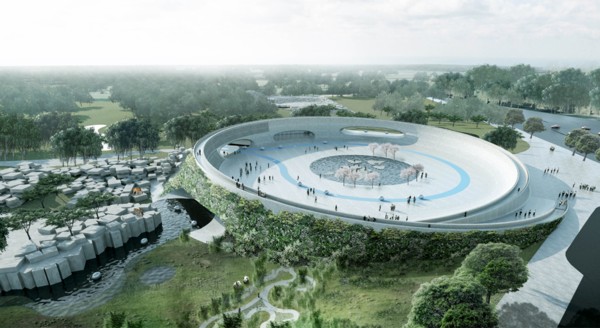 Zoos have traditionally been built a certain way: Animals on the inside, humans on the outside, peering in. This separation is good in theory’humans and animals need to be protected from one another’but terrible in practice, as animals end up stripped of any semblance of a natural habitat. A new plan for the Givskud Zoo in Denmark wants to reverse those roles, giving animals more freedom in captivity while effectively placing humans inside protective barriers. 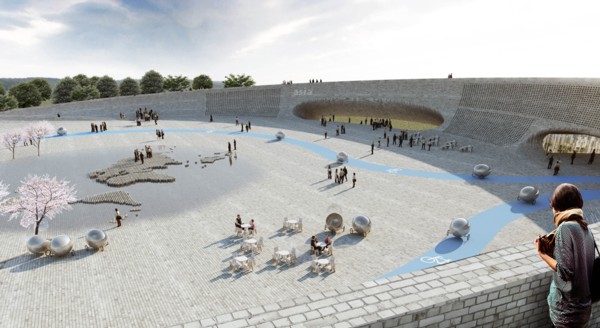 Called Zootopia, the conceptual design comes from danish firm BIG. The firm began working with Givskud Zoo a couple years ago with the goal of turning the safari style zoo into a place where animals dictate interaction’not humans. “Try to imagine if you asked the animals what they would like. What would they decide?” says Richard A?sterballe, director of the Givskud Zoo. “They want their nature back, so to speak, and we are going to try to create that.” 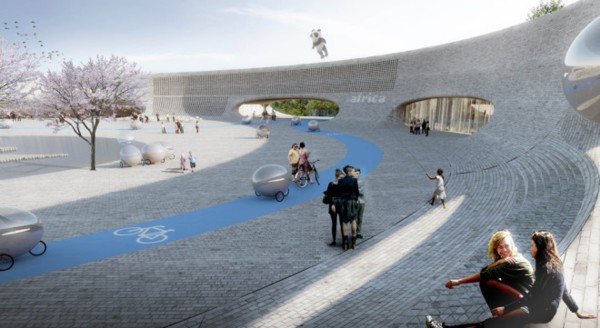 To make that happen BIG is looking to invert the traditional safari park. In this design, animals will roam free around the perimeter while humans observe, hidden away from view in underground passageways and naturalistic architecture structures. Visitors can watch lions through an underground enclosure disguised as a hill. They’ll peek out at giraffes through windowed lodges built into the side of a hilly savannah. Outside of the main circular entrance, there will be no traditional buildings. Even the stables will be disguised as natural habitat, with the elephants lolling about a wide open rice field that camouflages the shelter below and bears that find shelter in a stable disguised as a pile of logs. “We want to take away human influence, ” says A?sterballe. 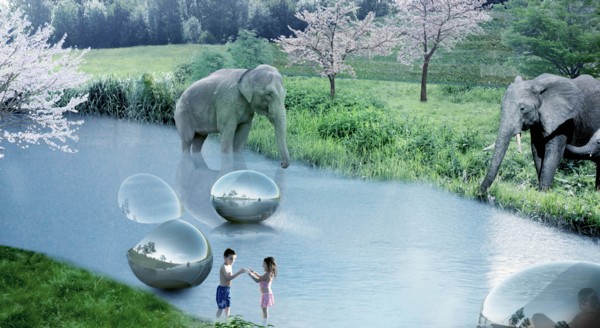 Like the Paris Zoo, which recently reopened after years of renovations, animals at Zootopia will be grouped based on regions (America, Asia and Africa). Visitors will start at the circular entrance way and can travel through the regions using different modes of transportation. In America, you’ll ride in cable cars that guide you through the air. In Africa, BIG envisions visitors moving through the park in pedal-powered pods, while in Asia they’ll travel by a boat on a river. You’ll also be able to walk. 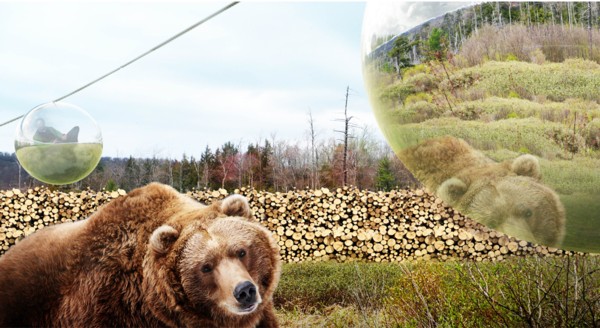 BIG’s vision is almost sci-fi in its aesthetic, which makes it a little hard to believe. In a rendering, you see a mirror cable car dangling just above a brown bear’s head. In another, two children have hopped out of their pod and are swimming alongside elephants. What’s missing from these glossy images are the hidden infrastructure that ensures that little Jenny and James don’t get trampled by that massive elephant while they’re splashing around. A?sterballe says things like concealed moats’where deeper depths and poles that obstruct an animal’s ability to go past a certain point’will be used in these instances. “The main challenge, of course, is to design the zoo in a way that the enclosure is still there but it’s not visible, ” Bjarke Ingels told Vice.

The two-phase plan, which will cost around $200 million, is still in the refining and approval phase. A?sterballe says it’ll be at least five years until we see any work finished on the park, and it’s likely to take upwards of 10 years to see the elaborate circular entranceway built. It’s easy to imagine that BIG’s plans will undergo some alterations before they enter the real world, but who knows? Maybe 10 years from now we really will be pedalling a shiny, silver orb through the pseudo African grasslands.

Click here for information WIRED by Design, a live magazine.

Images for Zootopia courtesy of BIG